Once a year the writing community goes NUTS and tries to write a 50,000 word novel… This annual fun-fest is known as National Novel Writing Month or (because we LOVE to abbreviate everything) NaNoWriMo!

It really is a blast and brings together writers from all over the world, all working alongside each other to achieve their dreams. As insane as it is to try and put life on hold for a month to bang out 50,000 words in 30 days, it’s a great process that really pushes you to become a better writer (or at least I know it did for me!). 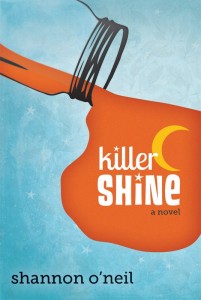 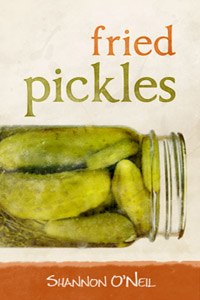 On his deathbed, a vision of his mother coming to claim him and drag him down to hell leaves Hank Harris praying that he’s done the best job he could with the only four criteria he figures God will use to pass judgment: his children.

Hunter finds out about his father’s departure from the living just moments after being fired from his job as a cruise ship karaoke DJ following an incident involving a fling with a passenger that resulted in her husband throwing Hunter’s prosthetic leg overboard (long story…). Hunter is uninterested in anything regarding Hank until he finds out his dad has an estate on the northern Gulf Coast of Florida.

Carson gets the call from the Florida panhandle at her desk perched high above her hometown of Nashville, Tennessee. At first, she’s confused by the man on the other end of the line who says that her father has passed because Carson’s dad died of a heart attack three years ago. Then she remembers the man her mother told her had wanted nothing to do with her from the moment of her birth. She figures it might be worth a trip to Florida to spit on his grave.

Will is standing in his kitchen with the barrel of a gun to his head when his mother arrives to give him the news about Hank. Her sudden knock startles him and the gun goes off. As he slides to the floor in a pool of red, he hopes the light will come to him fast. The sooner he can join his departed fiance the better. And with any luck, he won’t run into Hank on his way to the afterlife.

Harper paces the floor of her father’s tiny seaside abode, anxiously awaiting the arrival of the three siblings she’s never met. With her mama on death row, Hunter, Carson and Will are the only three people standing between Harper and a return trip to the foster care system. What will they think of the sister they didn’t know existed? Will they take care of her, or will they discard her along with anything else that reminds them of Hank Harris?