Peacemas is just around the corner! 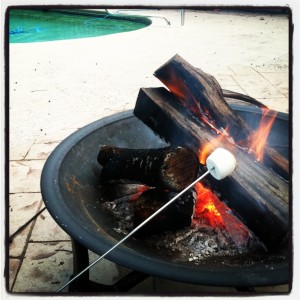 Fall has finally arrived in Florida!

Our temperatures took a nosedive last night (prompting Toni and I to have our weekly Duolit meeting fireside) and with the change in the air, it was hard not to hear the tinkling of jingle bells lingering just around the corner.

Or were they Peacemas bells?

In case you’ve been living under a rock, or stumbled across my website by shear happenstance, I wrote (once upon a time) a tremendously hilarious holiday novel entitled I’ll Be Home for Peacemas.

For those who aren’t yet familiar with the Peacemas holiday, I’d like to give you all a chance to learn more about this fictitious holiday as it was originally intended, told by Bailey Hamilton and her crazy (but lovable) stepmother, Olivia in the  Peacemas Doctrine.

Read on and enjoy!

As told by Bailey Hamilton

Although I can’t take credit for the creation of Peacemas, I am humbled and proud to be associated (by law) with the holiday’s original visionary–my stepmother, Olivia Flowers. Throughout the course of her life, Olivia’s antiquated flower-child mind has set forth a plethora of ideas with intentions of promoting world harmony in some form or fashion. However, most of those ideas fell short of global enlightenment and in several cases  landed Olivia and several of her supporters (both genuine and coerced volunteers) in jail.

Peacemas, however, could very well be the crowning achievement of my stepmother’s lifelong campaign (which is quite surprising, given Olivia’s history of aggression toward organized religions of all kinds–she is, lest we forget, the same person who once set fire to a small Christmas tree that my twin brother and I had harvested from a neighbor’s yard and adorned with handmade paper ornaments one year).

But that was the old, more aggressive Olivia who existed before her seven-year African sabbatical with her sister Oleander in the Peace Corps. She returned a more docile woman, though still motivated by the same peace and harmony agenda she obtained during her stay in a commune as a young child.

(She also returned with a rather large souvenir, more commonly known as my adopted African brother, Ukembe (oo-kem-bay), but that’s another story.)

At any rate, when Olivia returned from her trip just a few weeks before Christmas, we weren’t sure what to expect out of her. So the announcement of a newly proclaimed holiday was absorbed with much trepidation and a tiny bit of intrigue amongst my siblings and I. For all we knew, this holiday could include some sort of ritualistic dancing, unpalatable cuisine, and of course, the obligatory human sacrifice.

Knowing Olivia as we do, none of those things would have been unexpected.

We were pleasantly surprised then, when she revealed her plans for a week-long celebration that would tie together the best traditions of Christmas, Hanukah, and Kwanza along with a few new traditions unique to Peacemas itself.

To help us visualize and buy into her vision of Peacemas, Olivia created a document called the Peacemas Doctrine–seven simple guidelines (Olivia doesn’t like to use the term “rules”)  for the celebration of Peacemas.

So without further ado, I present to you, the Peacemas Doctrine:

(1) Peacemas is a non-religiously affiliated holiday that will begin each year on December 18th, exactly seven (7) days prior to Christmas Day (which will heretofore be known as Peacemas Day with Peacemas Eve falling, of course, on the night before). The purpose of this holiday is to move the world toward a peaceful union through knowledge, compassion, and unity. (And where appropriate, humor.)

(2) On the first day of Peacemas Week, participants will erect a Peacemas tree inside their dwelling. Although the official tree of Peacemas will be the palm (a symbol in multiple religions of peace and victory) other tree types may be substituted where palm trees are not available. This tree is to be decorated ONLY with ornaments created from recycled materials and ONLY with LED or other energy-efficient lights.

(Please note: So as to avoid a potential Peacemas tragedy, the Flames of Peace are to be extinguished each night after the Peacemas festivities and re-lit the following night as festivities are resumed.)

(4) Each of the seven nights prior to Peacemas Day will focus on one of the seven continents–going in alphabetical order with the exception of the continent that the participant lives on, which will always be celebrated last. For example, Peacemas participants in the U.S. would recognize Africa, Antarctica, Asia, Australia, Europe, South America and North America in that order.

(5) To honor each of the continents, participants will eat foods similar to what the natives eat (as supplies and stomachs will allow), write down ten (10) facts previously unknown about that continent, listen to and/or perform music indigenous to that region (except in the case of Antarctica–unless someone can produce adequate penguin songs), and select a charitable organization connected to something in that continent to receive a previously determined donation.

(It is recommended that for the continent on which the participant resides, a contribution of time be considered over money [i.e. dishing out food at soup kitchen, visiting the patients in a nursing home, etc.].)

(6) Although the primary “gifts” of Peacemas are considered the charitable donations made to certain aid groups affiliated with each of the seven continents, additional gift-giving between family members is optional. It’s suggested that one family member be the designated gift-giver each night and should provide the rest of the family with a handmade gift related to the continent of the night.

(7) ALL Peacemas activities are to be celebrated with ALL members of the household. Peacemas is not only about uniting the world, but about uniting families as well (even the crazy ones).

Author: Shannon
Filed Under: Archive
Tags: 7 Weeks of Peacemas, Peacemas Doctrine
The world that was and the world that is.
Tallahassee Love, Part One: Football