Get your free preview of Killer Shine!

That sound you just heard was my editor fainting because my prologue for Killer Shine is over 6500 words!

But I just couldn’t find a shorter way to introduce you to the eccentric residents of Crab Island — especially its most eligible bachelor (Tucker Kowaliga) and its prodigal daughter (Jac Dawson).

Want to read it? 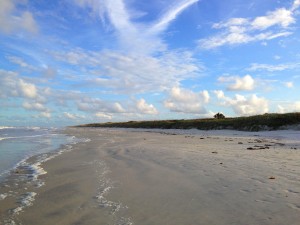 I’d love to take you on a little vacation to Crab Island with a sample of the book (Be warned, a hurricane is coming — pack accordingly!), but I have a feeling after the first few paragraphs you’ll want to extend your stay.

So, take a quick second to sign-up for my newsletter and I will send you the Killer Shine prologue in its entirety.

Plus, I’ll also send an occasional email (once a week at most) that will keep you in a Crab Island-state of mind. I’ll share a few recipes, crafts, and stories from the colorful land of white sand and sweet tea.

Two weeks prior to my official publication date in November, my newsletter folks will get first dibs on a limited edition pre-sale of the first 25 copies of Killer Shine. Each copy will be numbered and signed, plus you’ll receive a special, hand-written note from me and a special gift.

Here’s a tiny taste of what’s to come:

At Dusk, the motel’s volatile exterior hue blended seamlessly into the rosy sky.

Put into the context of a saturated Florida sunset, The Pink Mermaid transitioned from roadside eyesore to the realized vision of one (very determined) Bear Dawson.

Within two years of relocating to Crab Island from Tallahassee to pursue her husband’s career, Bear found herself leaning over the precipice of her wit’s end. While Coach was off blowing his whistle on the football field night and day, Bear was struggling to find just one or two quiet, personal moments a week – an impossible feat with three children crammed inside the family’s tiny campus cottage.

Desperate for an escape, Bear dropped the children at school one day and, instead of returning to campus, pointed the family station wagon to the south. She kept driving until her front tires touched the sand at the road’s end. Beyond the car’s long nose, two arms of chipped pink concrete reached out to Bear in utter desperation; she was not without sympathy.

Following a particularly rough hurricane season in 1978, the old motel had been abandoned by its original owners, left to fend off Florida’s brutal elements all alone. So far removed from the town of Crab and the campus beyond, the island’s residents had allowed the building to fall into disrepair with an air of indifference.

But Bear saw in the building what others did not—a gemstone of mid-century architecture, quirky charm, and endless possibilities.

All you have to do is sign-up for my newsletter and I’ll send you the full prologue (on the web and a PDF download) for Killer Shine to read before anyone else gets to see it!

So what are you waiting for?

Put your name and email address in the box on the right and you’re good to go!

3 thoughts on “Get your free preview of Killer Shine!”