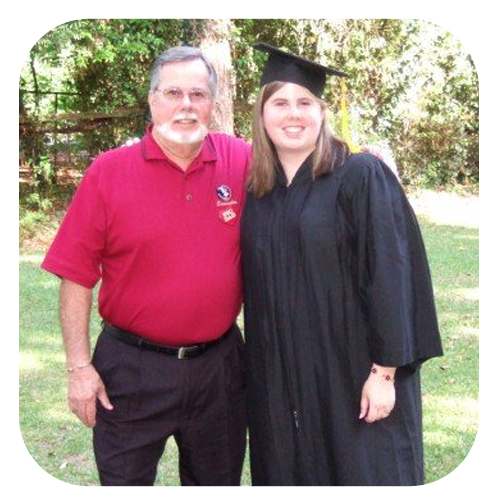 There are worse things in life than moving in with your parents at twenty-seven.

And port-a-potties on hot days.

But there are also better things — things that don’t make you feel a little bit like a loser, a failure, and a loner.

Launching your own business, for example.

And spending time with two people who love you unconditionally.

Making the decision to give up my apartment, leave my job, and move back home was not a choice I made without reservations and regrets.

But, a year later, I can breathe a little easier.

I can see, from where I stand now, that choice forced my life to take its first sharp turn in ten years.

And though I still have yet to arrive at my destination, I know I’m on the right road to get there.

Part 1: Getting off course 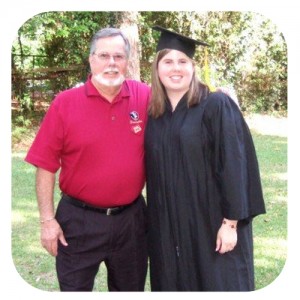 You’ve heard this saying before:

“I’d tell you to go to hell, but I work there and I don’t want to see you every day.”

A year ago, I worked in an old, windowless bank vault.

After repeated blows from forces both inside and outside the company, what was a twelve person staff when I started there three years earlier dwindled down to four soldiers left bleeding on the battlefield.

It was very far from where I envisioned my career when I left Florida State in 2008, carrying two degrees and just enough experience to *assume* I knew how the world worked tucked safely in my belt.

(You could consider it the equivalent of going on a mountainous ten mile hike with a Chili’s menu and a background knowledge in long walks on the beach.)

They don’t tell you in college what *can* happen if you make the wrong choices, or when you make the right choices at the wrong time (yes job-pocalypse of 2008, I’m looking right at you.)

When a health scare on my last day of school forced me to re-think my career options, I drifted home to the sanctuary of mom and dad. I got sad, a little lost, and eventually jumped with both feet into the first job that came along.

I (mostly) don’t regret it.

As the aforementioned song says, “If you’re ever gonna find a silver lining/It’s gotta be a cloudy day.”

At around the same time I started working for this company, I also started a blog business (blogness?) with my childhood best friend Toni (who, by some coincidence, worked in the same windowless vault).

She helped me self-publish my first novel in 2008 (the lovely I’ll Be Home for Peacemas) which taught us both a great deal about the burgeoning world of independently publishing and promoting your own work. 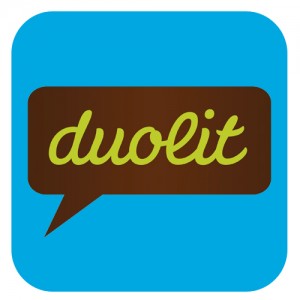 That knowledge — added to our shared backgrounds and interests in design, marketing, public relations, and general geekery — went into a blender, and out came our business, Duolit.

We dabbled on weeknights and weekends, helping other authors chase their dreams through our blog and design services.

I suspect Toni always knew it could be something bigger, but I didn’t come to that realization until near the end of 2011.

That was the year I expected fate to get it in gear and send to me (on the wings of angels, no less) the perfect job, perfect man, and perfect life I so deserved.

When the year passed without the trill of fate’s trumpets announcing the arrival of my proverbial ship, I realized waiting for said ship was a waste.

I was already on the damn boat and it was drifting at sea while I stood on the bow searching the empty horizon, waiting for it to tell me where to go, like an idiot.

So at the start of 2012, I woke up, grabbed the helm, and gave myself a crash course in cartography. 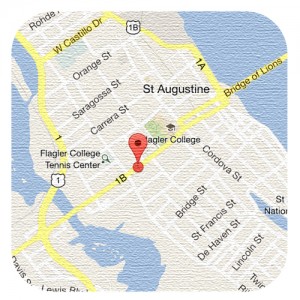 It wasn’t just about learning where I *wanted* to go, it was figuring out *how* I could conceivably get there.

I gave up my beautiful, two bedroom, two bath, decorated-in-perfect-shabby-chic-style apartment and moved into my parents’ small condo (and here I must insert the world’s biggest thank you to them for allowing me to do so, rent-free,  just as they were embarking on retirement — sorry parents!).

I sold at least 50% of my stuff — furniture, appliances, and a truckload of miscellaneous knickknacks and housewares — at a massive garage sale.

All that money, plus the majority of my paycheck, was funneled directly into my previously cobweb-covered savings account.

For the first time ever, I officially took over *all* of my bills (student loans, cellphone, health insurance, etc.) and paid them on time, every time, like a real grown-up (really, at twenty-seven, come on).

While I counted down my final days at the vault (and—with some sadness and a lot of fear—the regular paychecks it came with), Toni and I worked to grow our business and our knowledge *about* online businesses from the best marketing gurus of today (Seth Godin, Danny Iny, Marie Forleo, a.k.a. my heroes).

In September, I walked out of that windowless vault for the last time.

Life now is not perfect.

In a good month, I make about half of what I did before. 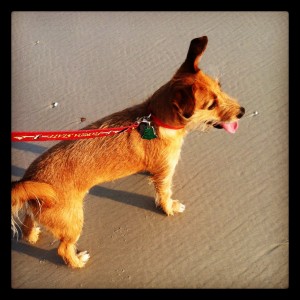 And what I have not earned in dollars, I have earned in benefits that far outweigh change in your pocket.

Most mornings I don’t have to be up before nine (nine-thirty if I really want to push it).

I hit the gym four times a week, take my dog for long walks on the beach, and adjust my schedule where necessary to be there for important family events (and a few sporting events like Braves Spring Training and The Player’s Championship).

Don’t get me wrong — I still put in a lot of hours for Duolit and my own author career.

I answer emails from the treadmill and stay up until two in the morning working on client projects. I dedicate weekend days to blogging and writing my second novel (which I’m about 7,000 words shy of finishing as of this blog post).

But I am happy.

Because the ship is in my hands, my course has been charted, and I’m not looking back.