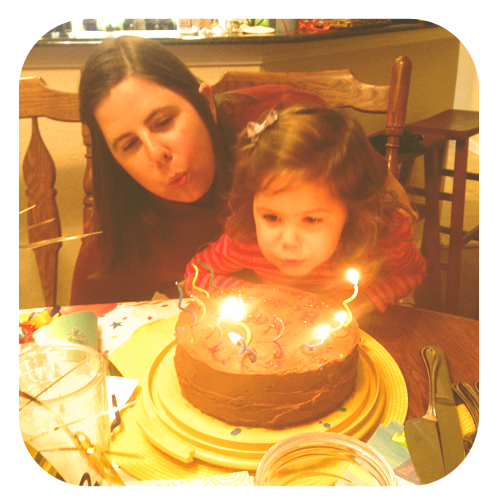 Less than 360 days now stand between me and…

Wrapping my lips around that number is difficult. Every time my mind tries to comprehend that I have been walking around on this Earth for nearly three decades, the process is halted by the same question to which I have no answer.

What do you have to show for it?

If I had to stand before a faceless board of judges on the eve of my thirtieth birthday and present a thesis on my life to date, what I’ve done, and why I deserve to continue walking around for another (hopefully) three decades or so – what would I say?

I can tell you the first slide in my PowerPoint (because surely such an important presentation would necessitate an aesthetically pleasing, fully animated PowerPoint) would not address my career to date, nor my education, nor my wealth (or hilarious lack thereof).

It would be about my family.

In my three decades, I have progressed from a familial association to an actual friendship with my parents, my sister, my brother, and my brother-in-law.  My niece seems to think I’m pretty cool (which is certainly not tied to the fact that I give her toys and/or sweets every time I see her), my cousin is one of my closest friends in the world, and my Nana thinks I am the Ernest Hemingway of my generation (she’s always had fantastically unbiased judgment in that regard).

What’s more, beyond the scope of my tangled family tree, I have masterfully (if I could say so myself) attached additional branches with all manner of glue and duct tape to expand the family sapling with the inclusion of a handful of friends who somehow still love me despite knowing me for 10 – 20 years and even living with me for large chunks of that time (this is somewhat miraculous and should not be discounted in any way).

Realizing these accomplishments would be the cornerstone of my What-Have-You-Accomplished-In-Thirty-Years presentation makes me think that over the last decade, I might have made the right decisions.

See, sometimes on Friday afternoons, between 1:30 p.m. and 4:00 p.m. EST, I have moments where I wonder if I have made a huge, irreversible, life altering mistake.

The precise day and time these thoughts tend to hit me is no coincidence. Every Friday afternoon (with few exceptions) I can be found on top of the St. Augustine Lighthouse, sharing the building’s history with guests (and taking strangers’ pictures with an assortment of iPhones and digital cameras) as part of my public relations job with the nonprofit museum. 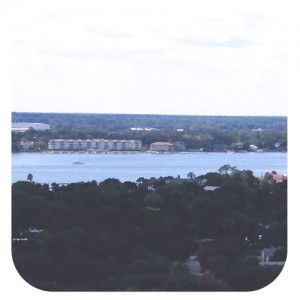 In between guests, I usually have some time to myself to pace the observation deck and enjoy the 360º views. About a mile due west of my post, I can see a long, squat building with four floors of condominium balconies looking out across Matanzas Bay. Before it was housing for wealthy retired folks, that building was a hospital.

More specifically, it’s the hospital I was born in.

When I look at it from the top of the tower on Friday afternoons, I wonder if I wasted my almost-thirty years traveling just one mile across a rather small body of water.

It was never my intention when I left for college to move back to St. Augustine. I wanted Tallahassee to be a stepping stone on my way across the state line to somewhere new. Somewhere I could experience a different way of living—a bigger city, a colder climate, a change of scenery.

But when the time came to make that decision into a reality, I turned tail and retreated to my little seaside oasis.

It didn’t help that the job market was terrible in 2008 or that I had a pretty significant health scare on my last day of graduate school, but I still could’ve made a big move if I really wanted to. Plenty of my friends did and as I’ve watched their career and personal progressions over the last few years I have at times felt the unmistakable stabs of jealousy.

But I have also felt, on more than one occasion, a soothing warmth inside my chest that tells me I am (without question) in exactly the place that I am supposed to be.

I was there for my niece’s birth and haven’t missed a birthday since (okay in fairness, I missed the party for her third birthday to go see Mumford & Sons, but I celebrated with her two weekends in a row before her big day).

I spent the better part of a year hanging with my pseudo-nephew (the son of a close friend) every Thursday night for mac-n-cheese and 80’s movies (I introduced him to Ghostbusters, which seemed like a great idea the time, but lost its appeal after the 457th consecutive viewing).

I’ve gotten to know my parents as people and I love them more as a result (even if they still drive me crazy at times). 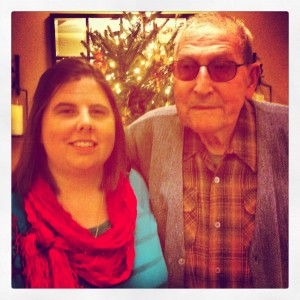 I spent my grandfather’s last Thanksgiving and Christmas at his side, enjoying a simple meal and the comfort of family.

I was there to hold my grandmother’s hand when she left this world for the next.

All of these things would likely not have happened if I didn’t move back home. And in terms of what I have to show for my first thirty years, I think all of the above were worthy exchanges for my time spent. I certainly feel richer for my investments.

Still, that doesn’t mean from time to time, like on Friday afternoons when I stare at that old hospital, that I won’t have the occasional queasiness associated with that answerless question, “What if…”

But what I would tell the thirty-year review board and what I will tell you here today, is that if I’ve learned anything in my first three decades it’s this: Life is lived in the gray.

Big decisions are rarely delineated into clear segments of black and white, right and wrong, good and evil. Instead, all possible outcomes of every decision are almost always separated into barely distinguishable shades of gray.

I suppose in a way this is utterly unsatisfactory.

What is the point of making a decision if you can never know with 100% certainty it was the right one? How agonizing is it to live forever with the nagging doubts that I could’ve been a better version of myself if I made a left turn instead of a right?

But to think that would be give myself no credit for the person I’ve become. Instead, I think I have to own the decisions I’ve made, be at peace with them, and enjoy the life I have as a result of those fated decisions.

I think this is a pretty good start to my presentation. It’s still going to take me the full 360 days, however, to put all my thoughts into a glitzy PowerPoint that will really wow the judges (my mastery of Microsoft Office Products might make the Top 50 on my list of life achievements to date).

In the meantime, thanks for allowing me a ridiculously self-indulgent moment of birthday introspection. I will now reward you with a video of the Avett Brothers from their concert last Friday night in St. Augustine.

(Which was my best concert experience to date, by the way—not just because I happen to love their particular brand of folky-bluegrassy-alt-rock. but also because they didn’t waste my time with an opening act or charming banter between songs. They just played gorgeous music and let me indulge in it with them for a few blissful hours…holy crap I just realized I sound like a thirty year-old…)