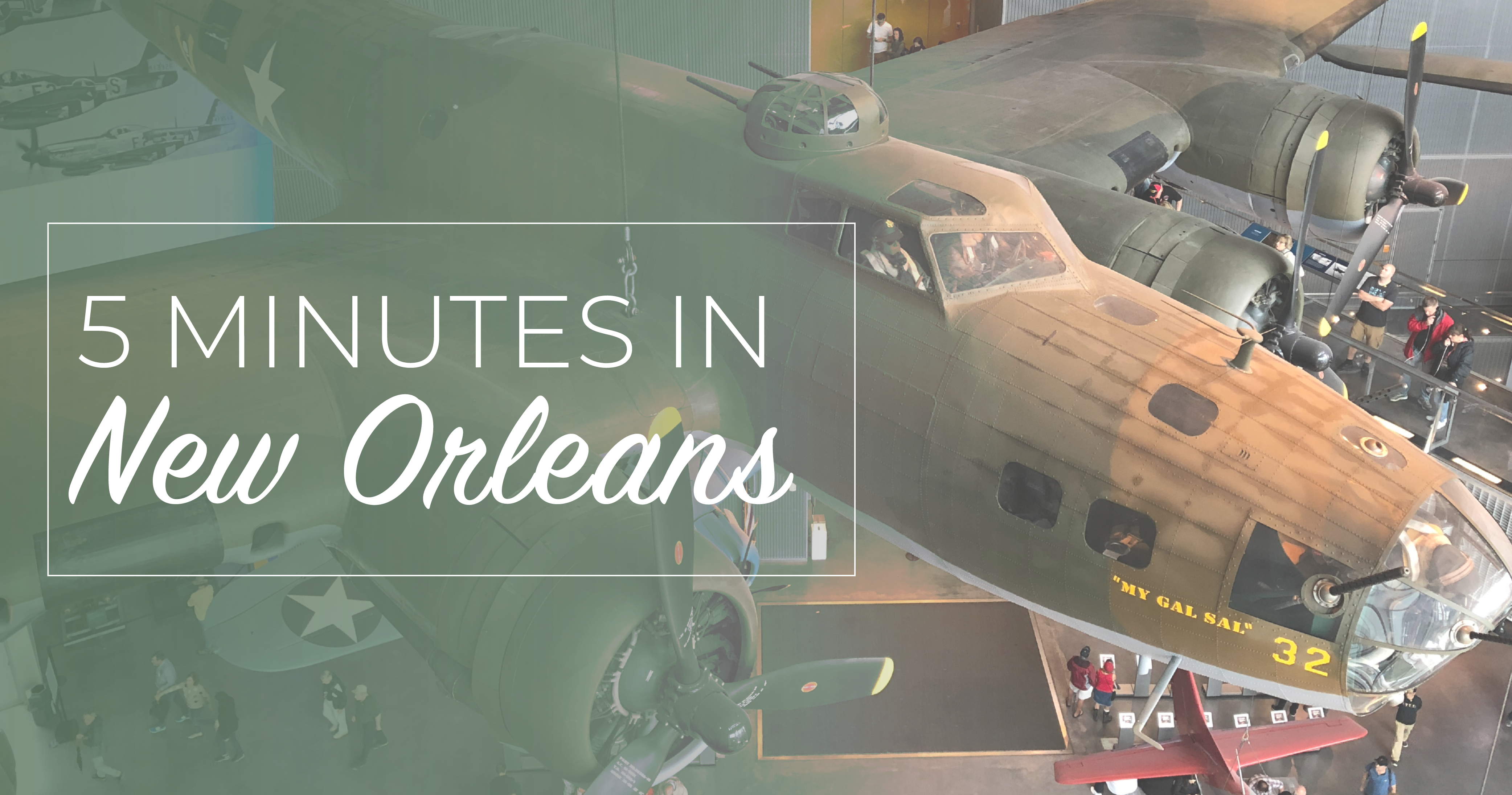 As my plane descended, the Crescent City slowly materialized from beneath the dense layers of silver fog draped across the bayou. New Orleans is a city unlike any other. It’s a cultural oasis that outsiders yearn to be a part of, but can really only capture in a few fleeting snapshots.

My first trip to this gorgeous city was, unfortunately, whiplash short. I flew in on Thursday morning and out Friday evening, for what was (technically speaking) a work trip to attend a black tie awards gala (yes, my job is terrible, I know). But, alongside a friend who joined me for the event, I decided to make the most of my quick visit to the bayou.

On our first day, we wasted no time diving right into all the required tourist-y fun things New Orleans is known for. We went straight from the airport to the hotel to the Ruby Slipper where we sipped on blood orange margaritas and indulged in the local eatery’s famous Eggs Benedict. Our next stop was the Audubon Aquarium; where we observed some marine life and eclectic folk art, before taking a stroll through the French Quarter. 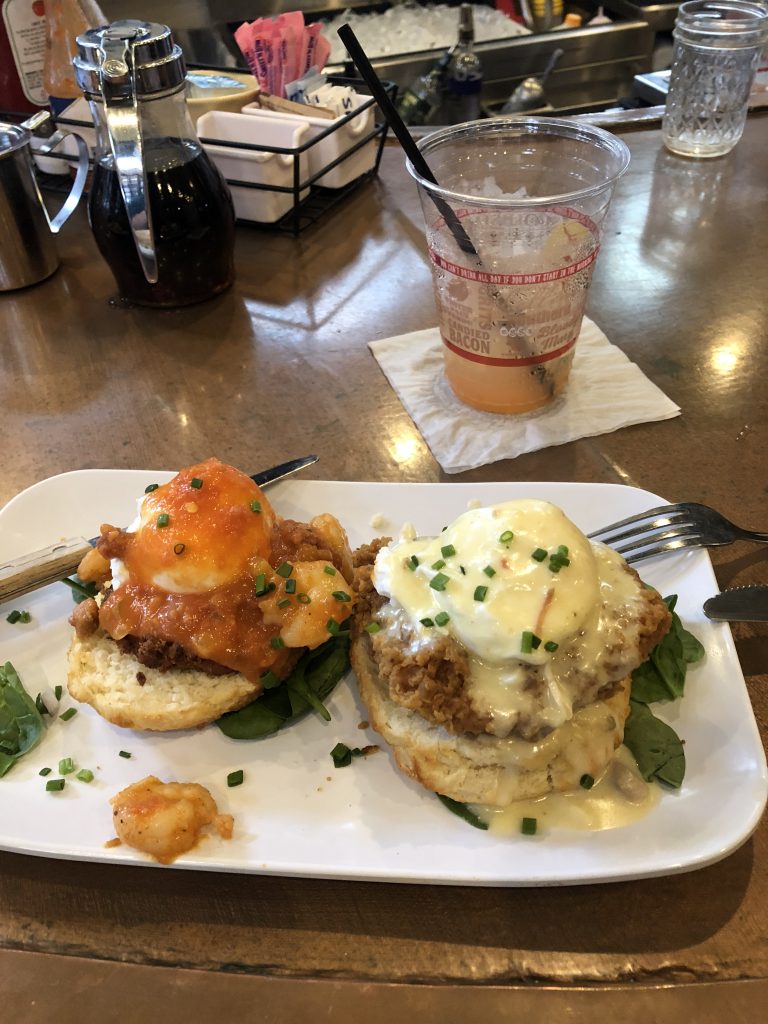 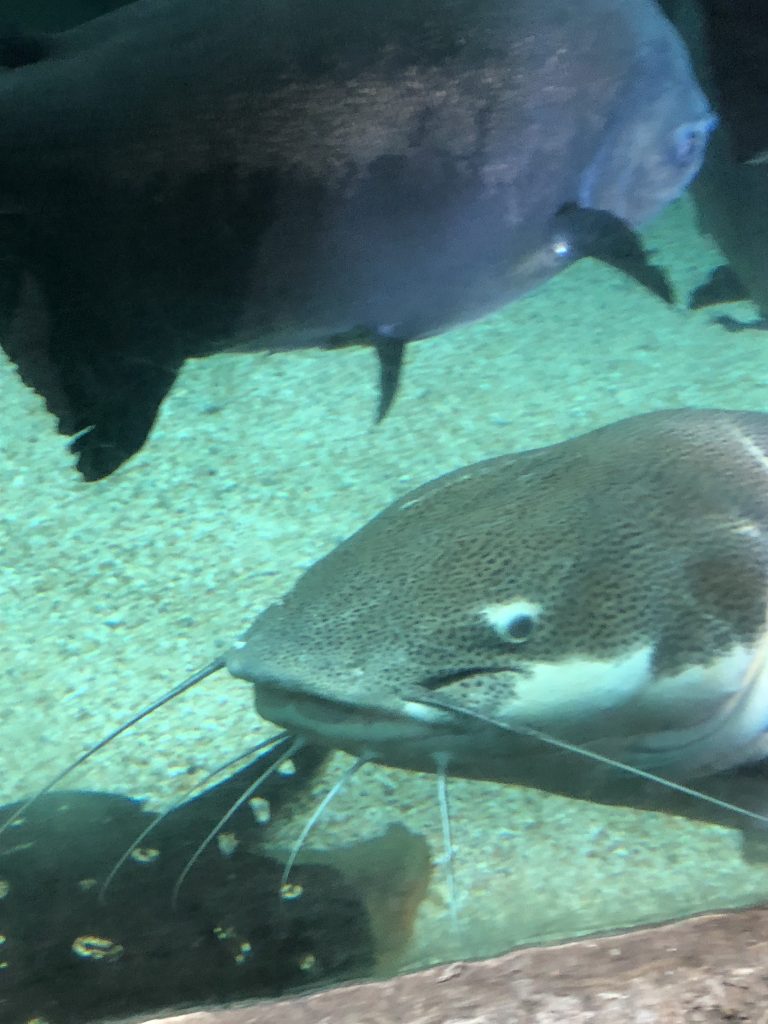 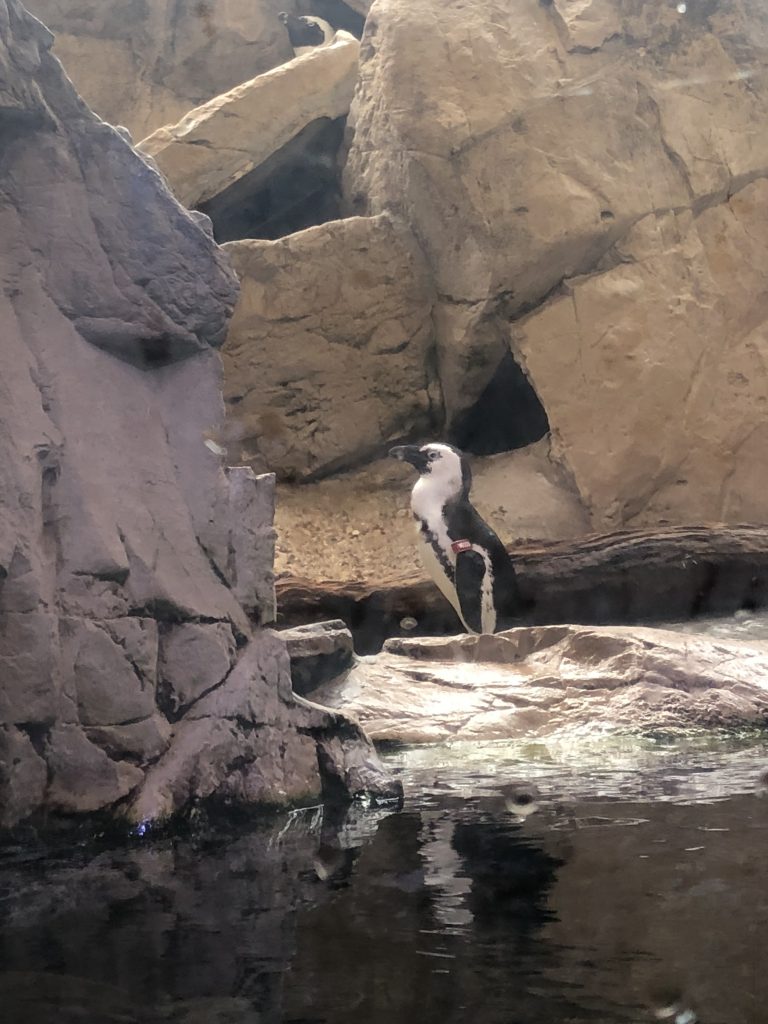 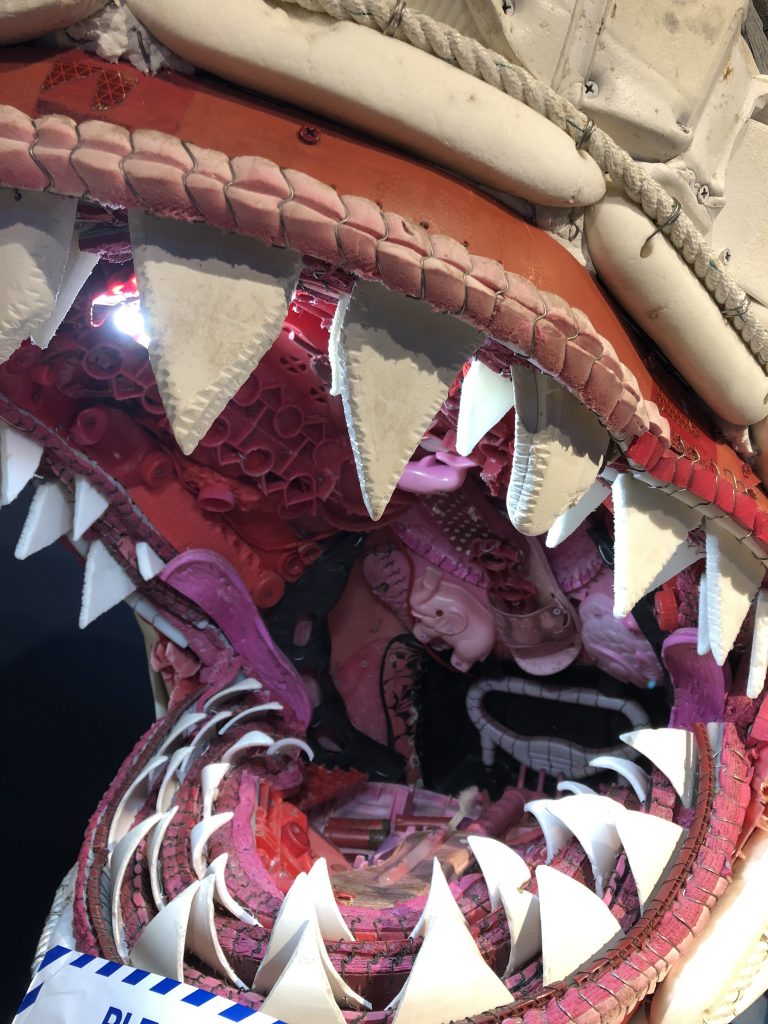 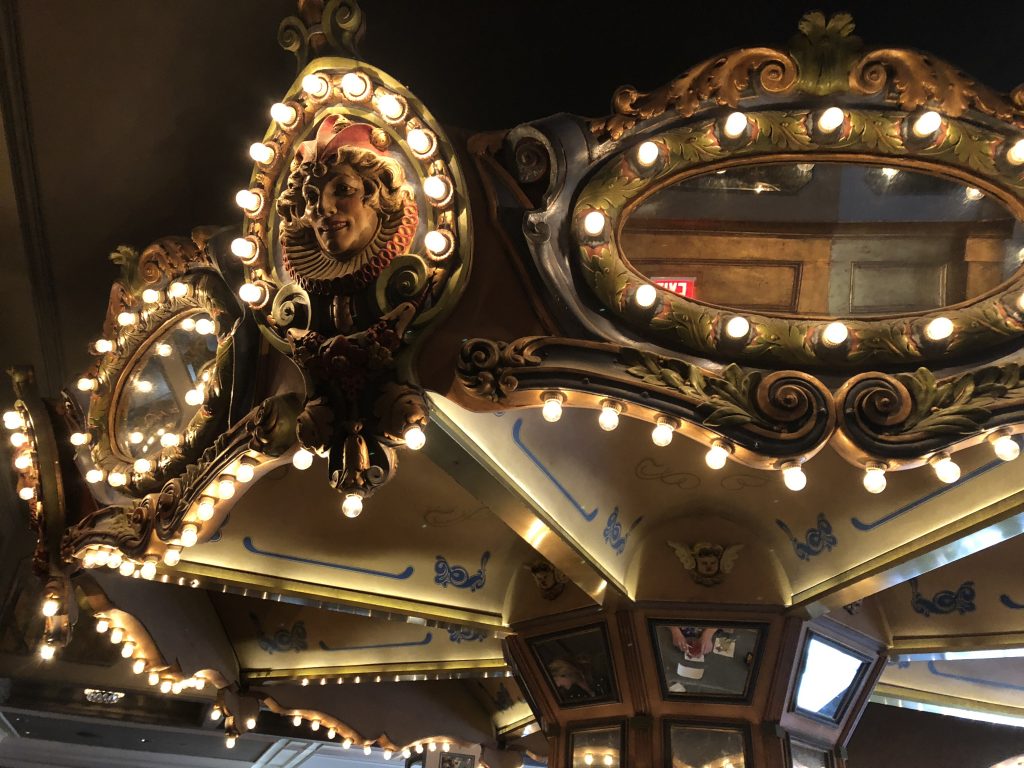 Following our awards dinner that night, we made a quick pitstop to change clothes at the hotel and then proceeded straight to Frenchman Street for what we were promised would be an authentic jazz show. My friend Thomas and I are both big music fans and thought we were culturally prepared to handle some true New Orleans jazz.

You know that scene in La La Land when Mia (Emma Stone) says to Sebastian (Ryan Gosling) “I hate jazz” and he asks how could she hate jazz and she says “It just means when I listen to it, I don’t like it…”? Well, that’s all I could think about as we sat in a whisper quiet bar called Snug Harbor listening to what seemed to be the very literal definition of a cacophony.

At one point, we were arguing (in very low, hushed tones) about whether the band’s saxophonist was playing an alto or a tenor, when the sax player himself looked up at our table in the balcony and SHUSHED us. On the verge of getting rolled right out of Snug Harbor, we decided to leave on our own terms. Down the street we found another bar where a fantastic R&B band called Smoke N Bones was playing. The night quickly turned around for the better. 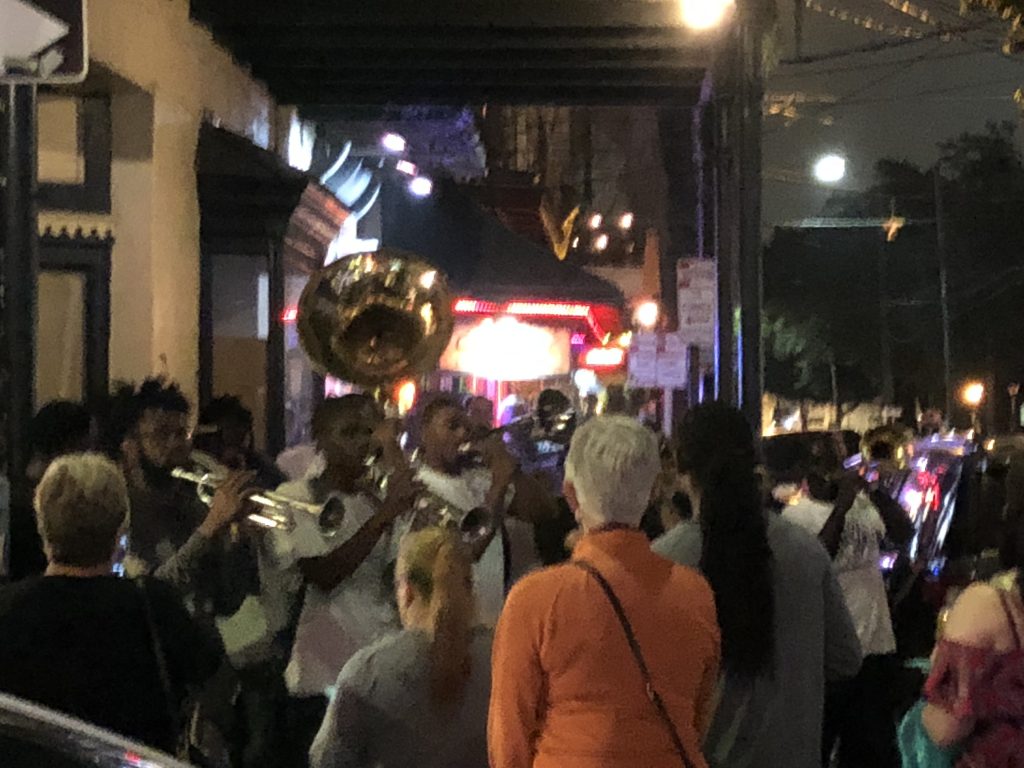 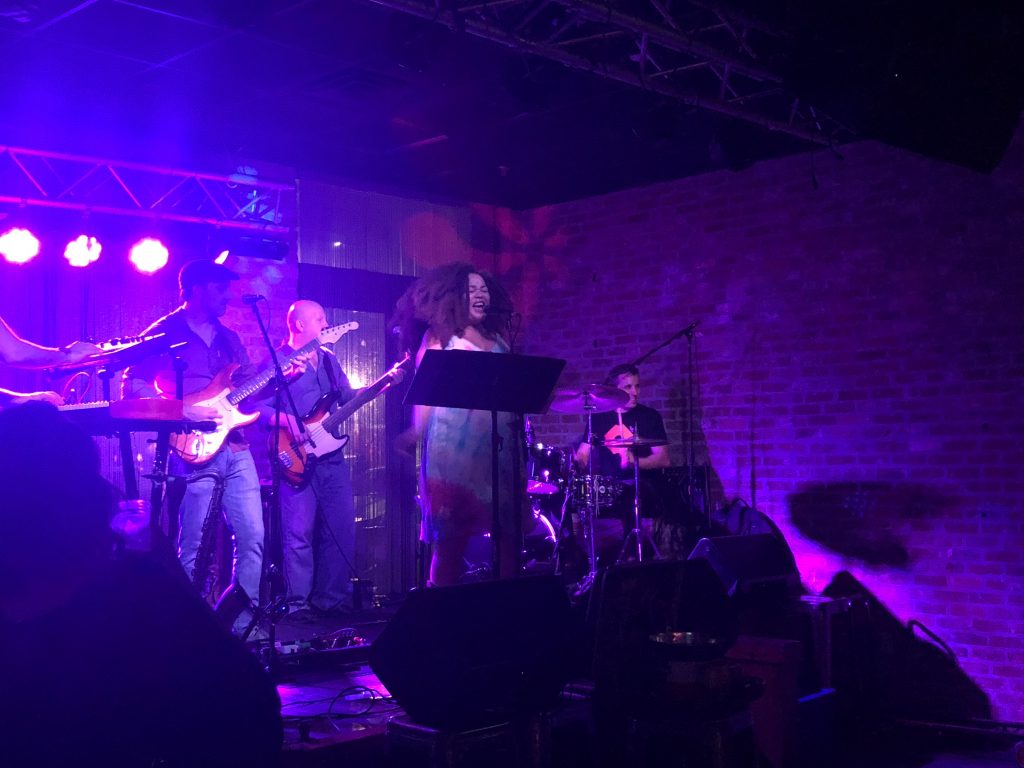 Music and art abound on literally every street corner in New Orleans, seemingly on a 24/7 basis. A three-piece horn ensemble played on the sidewalk between bars. An arts market off Bourbon Street offered handmade jewelry and watercolor sea life paintings. It reminded me a lot of St. Augustine, another creative enclave where artistic expression is just woven into the city’s historic foundations.

The city just breathes in life and exhales art.

Our second day in New Orleans dawned with light rain and hefty headaches. After breakfast and a little hangover recovery time, we trekked over to the one destination I knew I had to visit the moment I found out I was going to New Orleans: the World War II Museum.

We happened to visit just a few days before Veterans Day, so attendance was extra high and the mood was especially somber. To look up at the American flag outside, hanging at half-mast, and then walk through this museum and see the actual faces of men who gave their lives so we could keep flying that flag, was beyond powerful.

The World War II Museum’s large campus covers several city blocks and encompasses a collection of different buildings, each of which highlights different portions of the war. There are separate exhibitions for the European and Pacific Campaigns, as well as a large hangar space with an assortment of WWII airplanes, and a STEM-focused exhibit that houses some of the museum’s macro artifacts. 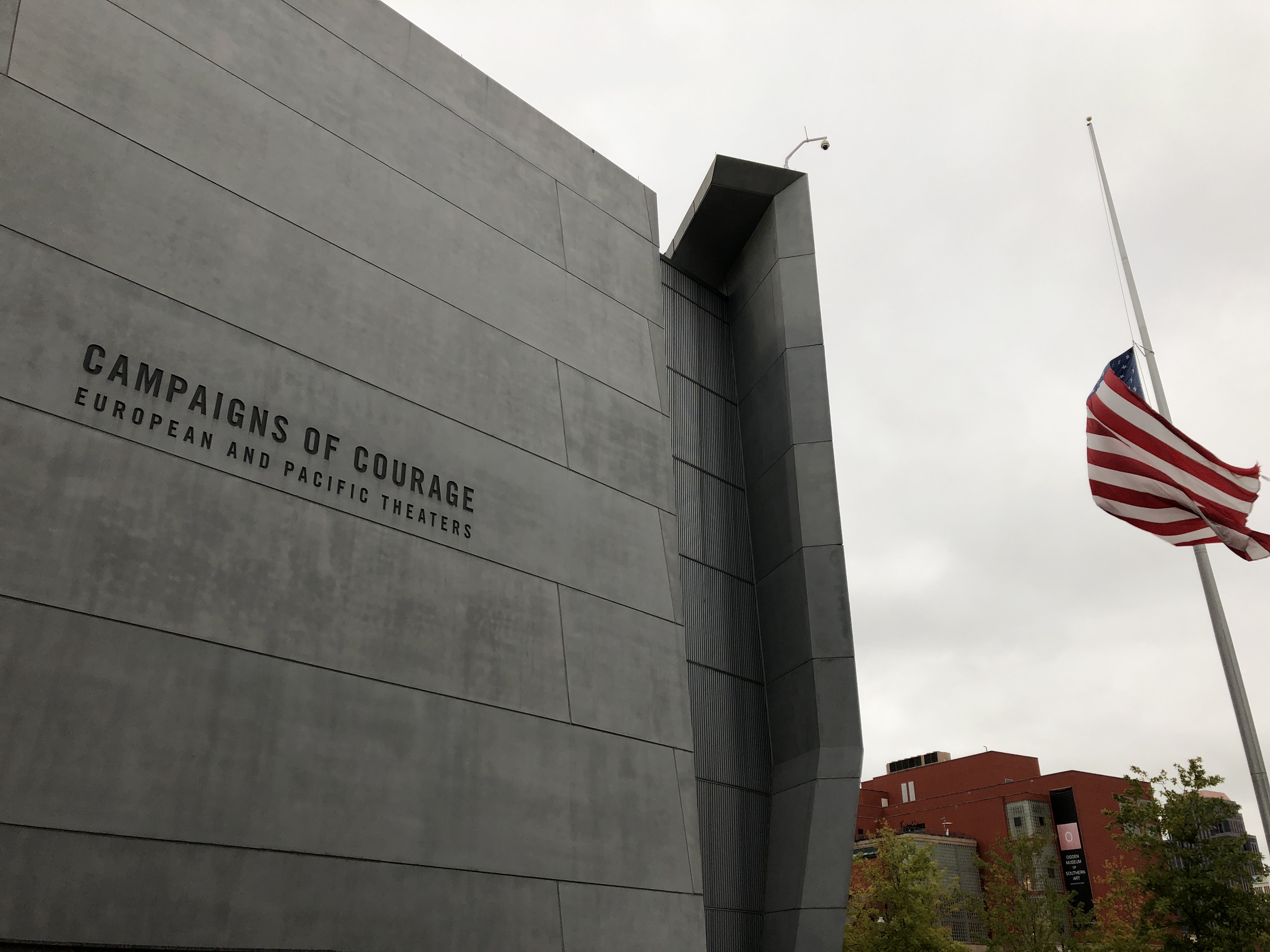 We easily spent the entire day exploring every bit of this museum. Each exhibit provides an immersive experience that is at times hard to bear, but served its purpose to bring to life this critical time in world history. From details on key battles in each campaign to a showcase of the American innovation and industry that supported war efforts at home, I thought the museum did a fantastic job of capturing all the different aspects of this war.

The museum offers a kiosk at the entrance where you can select a real person who fought in the war to follow throughout each exhibit, learning bits and pieces about their specific experiences as you go. It’s a great way to connect visitors with the reality of these events, but for me I didn’t need that extra connection. My grandfather was a WWII veteran who served in France. Though he didn’t talk about his experience often, I knew enough that I could almost see his face amongst some of the soldiers pictured throughout the museum. 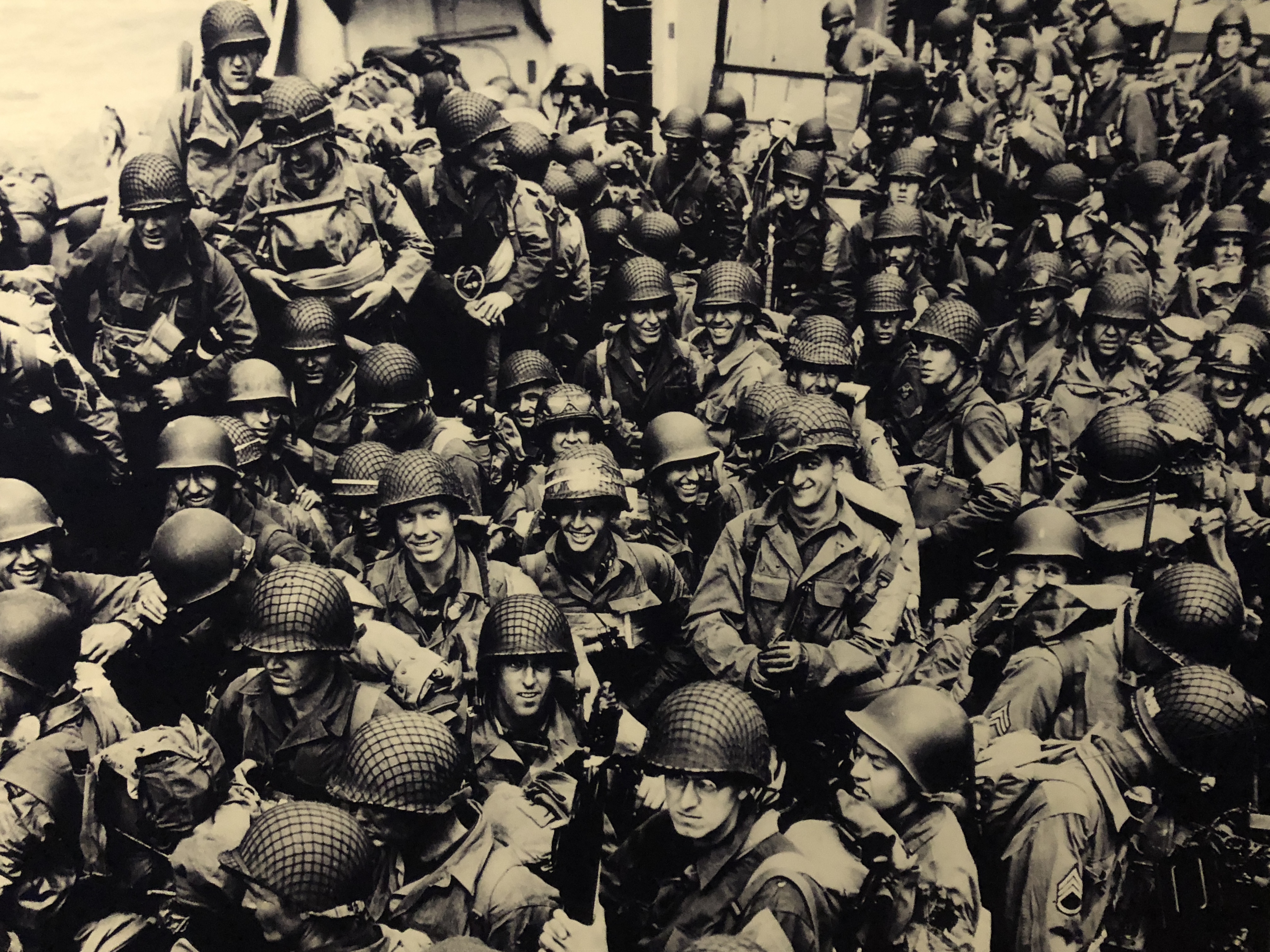 A few things were especially memorable to me, but none more so than the D-Day exhibit. This section of the museum was actually where it got its start — with a series of oral histories recorded from veterans who lived through that tragedy on the shores of Normandy. Throughout the museum, little corners offer quiet places where you can sit and listen to these stories. For all the well designed, high-tech exhibits throughout this museum, those short stories spoken by the men experienced it were by far the most impactful. I’m grateful that historians at the museum have captured so many of these stories to preserve for future generations to understand the sacrifices that were made.

Outside of that, the Boeing pavillion was also a memorable exhibit with its impressive display of WWII airplanes. I have a penchant for air museums (like Wings Over the Rockies in Denver and the National Naval Aviation Museum in Pensacola, two of my favorites), but what was different about this one is that you could actually climb up to a catwalk above the hanging planes and look down into the cockpits, as if they were in flight. It’s not only a different view, but provides insights to different details that you might not otherwise get to see. 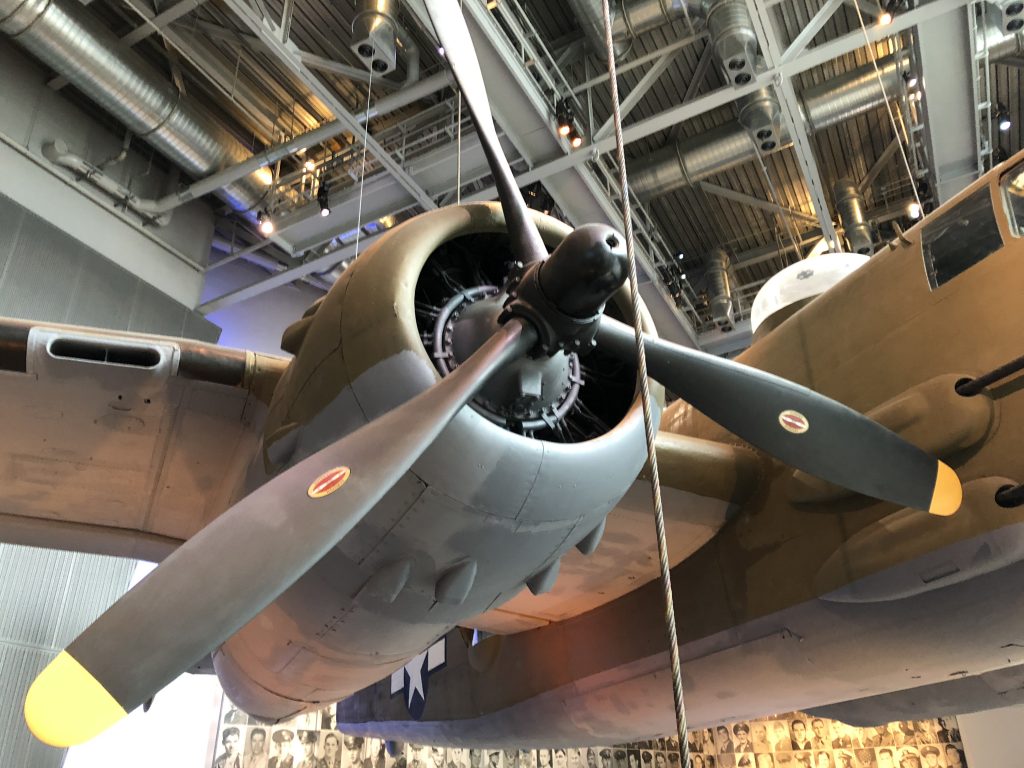 A caveat though, if you choose to climb up to the catwalks, be warned that it’s not a place you want to be if you’re a little afraid of heights. I was happily snapping photos and reading over the exhibit displays when I glanced over and noticed Thomas was green-faced and wide-eyed. We made a hasty retreat to the only partially enclosed space on the top level — a small alcove by the elevator — until the chartreuse glow faded from his cheeks and we were able to descend to more comfortable heights.

I would highly recommend this museum to anyone visiting New Orleans, but definitely plan to spend the bulk of a day there. What’s nice is that once you’ve paid admission and gotten your badge for the day, you can come and go from the campus. That gave us an opportunity to break up our day with a quick walk over to Cochon for one more genuine bayou meal. Boudin balls, gator tail, mac-n-cheese and a couple of Mexican cokes were the answer to our hangover prayers!

Our very last stop before heading to the airport was at the one place that every single person told me I had to visit the moment I said I was going to New Orleans: Cafe du Monde. A cup of coffee and a sweet taste of the city’s most famous treat, a powdered sugar-coated beignet, marked the perfect end to our short stay in the Crescent City.