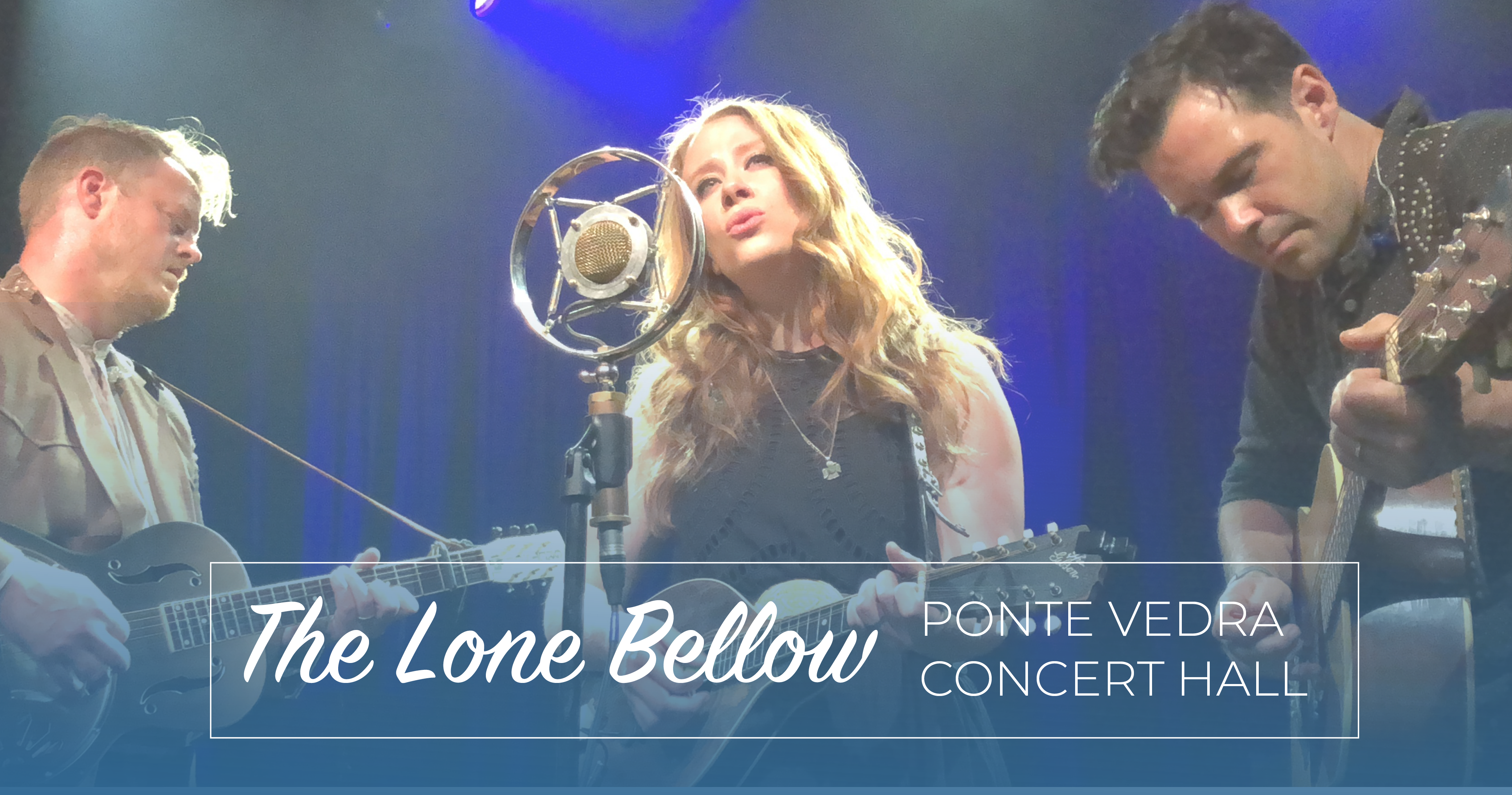 If you love your ears, you will take them to experience The Lone Bellow.

As all of my friends are now well aware, I can wax poetic about The Lone Bellow for days.

But I’m gonna get right to the point: You need to go see this band.

You can download their albums and listen to them and they’re great and enjoyable and all that, but you really can’t understand their particular brand of magic until you see them live.

The first time I saw them was six years ago at the Ponte Vedra Concert Hall (best music venue in Northeast Florida, IMHO) when they opened for (prepare yourself, get the tissues ready) The Civil Wars (why oh why did they have to break up, Lord? Why? WHY CAN’T WE HAVE NICE THINGS?). Obviously, the Civil Wars were spectacular, so for me to walk away from that show thinking about the opening act — a trio called Zach Williams and the Bellow — was remarkable.

By the time they put out their first album in 2013, the group of Zach Williams, Brian Elmquist, and Kanene Pipkin, had settled on a name and a sound that is rich and magnetic and as gorgeous as an unseen wave of sound can be. Their voices are all so unique and so powerful that it’s hard to believe they can bring things together in harmony, but somehow they do and it is nothing short of magnificent.

Again, I could go on forever.

Like I could tell you about the time I saw them on the eve of my 30th birthday (also at the PV Concert Hall) and then I met them after the show and they were so gracious and lovely and they not only signed my copy of their first record but Zach drew “Happy Birthday” with a balloon and everything.

OR, I could tell you about the time I saw them in mother-flipping CAVE in Tennessee where the echoes of Watch Over Us during soundcheck nearly brought me to my knees (and got me kicked off the pre-show cave tour).

But, instead of documenting my every encounter with them, I’m just going to share a couple videos I took at this last show. While they do play with a full band, at least twice during each show they will come to the center of the stage and perform acoustically around a single mic and it will give you goosebumps on top of more goosebumps.

Later this year they’re actually going to go on a tour where they *only* perform as an acoustic trio and if they’re coming near you, by God, you must go see them. Your ears will thank you.