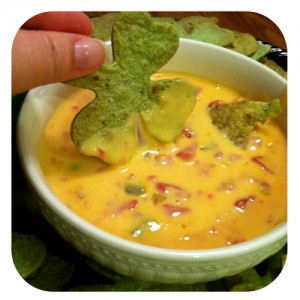 Like many Southerners, I cling to the notion that buried somewhere deep in my family’s past are some Irish roots. I’ve yet to find them (so far my paternal ancestry research has dead-ended in rural South Georgia) but I just know they exist and therefore give me complete license to go all-out for St. Patrick’s Day (as if we need an excuse).

Last year I took my first stab at homemade Shamrock tortilla chips and a golden salsa (with heirloom tomatoes) with lackluster results. My guests were kind and complimentary, but the chips weren’t crispy enough and the salsa was bitter (and came out the color of baby poop).

But I loved the idea and decided this will be the year I perfected it with two major changes.

First, I baked the chips longer.

The recipe I went off of last year said to bake them eight minutes — I thought maybe hitting them with the broiler at the end would make them crispier (but of course turning the broiler on for a “second” always leads to an ADD moment that ends with the smell of something burning).

So I searched some other tortilla chip recipes and came up with a plan to bake them for eight minutes, then flip them and put them back in the oven for four minutes.

Worked like a charm! The chips were crispy, salty goodness.

Second, I decided to ditch the baby poop salsa for a different “pot o’gold” dip.

Velveeta and rotel is a go-to football food in my house (one of those things I miss in the springtime) so I thought this would be the perfect occasion to bring it out.

Also, it’s super easy to make (which is good, because the shamrock chips take some effort so I was worn out and happy to throw things in a pot and be done).

So just in time for your St. Patrick’s Day celebration, I’m sharing my recipe so you can celebrate your vague Irish heritage, too!

Preheat the oven to 350º and line a baking sheet with parchment paper.

Lay your spinach wrap on a cutting board and spray or brush it with olive oil, then sprinkle sea salt to taste. 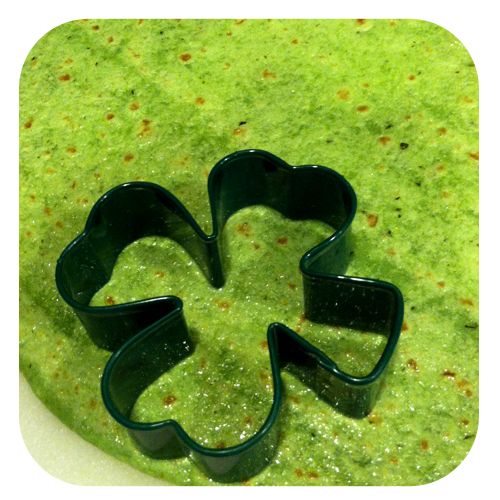 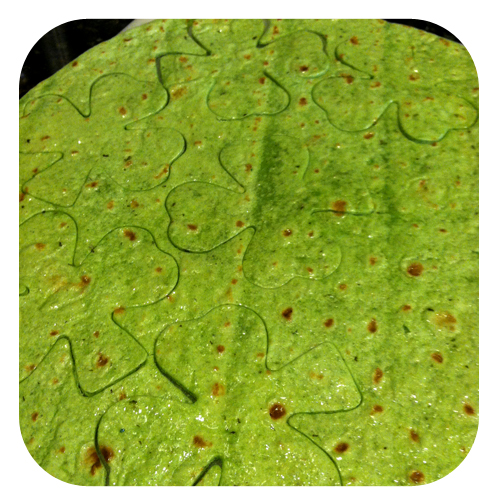 If you find it hard to use the cookie cutter on the tough tortilla, you can employ additional instruments like I did. 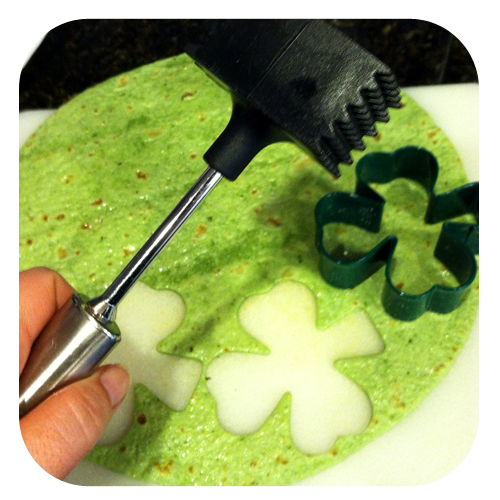 Take your shamrocks and place them on the baking sheet, then drop them in the oven for eight minutes. 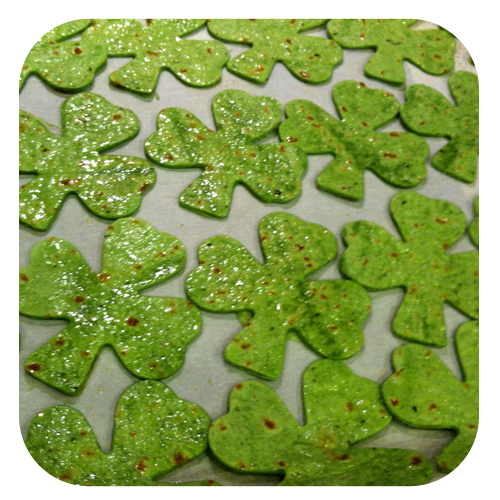 After eight minutes, take them out and flip them over, spray/brush the other side with olive oil, salt them again, and pop them back in the oven for four minutes. When the timer goes off, you will have some super-delicious spinach shamrock chips! 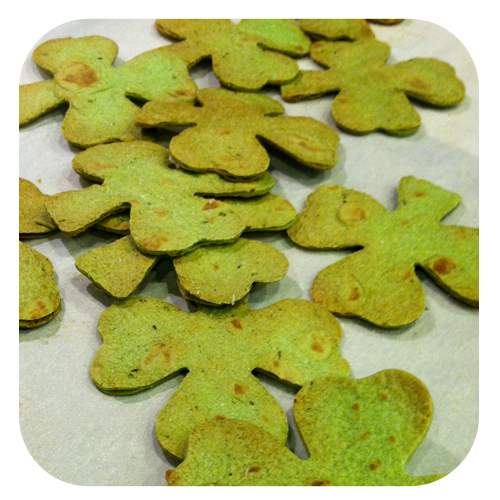 Now for the dip!

This is the super easy part (you can even do it while the chips are in the oven!).

Pour the can of Rotel (I used the original, which is pretty spicy for my taste, you can tone it down with the mild or go all in with the hot) into a pot on medium heat.

Take your block of Velveeta, chop it into small squares (they melt faster that way), and drop it in the pot. 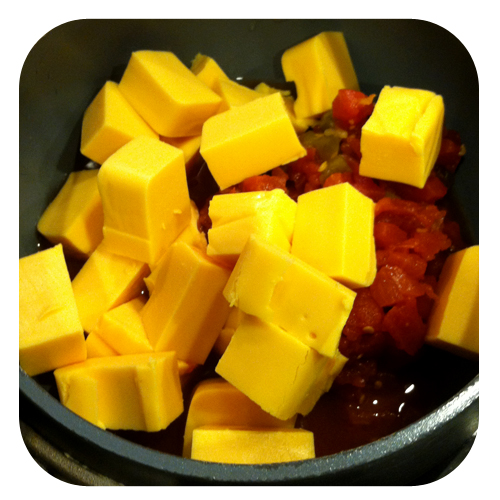 Stir it pretty regularly for about five or six minutes until everything’s all melted together into a cheesy, salsa-y goodness.

You can pour it into a serving dish or do as I did, and start eating it straight out of the pot. 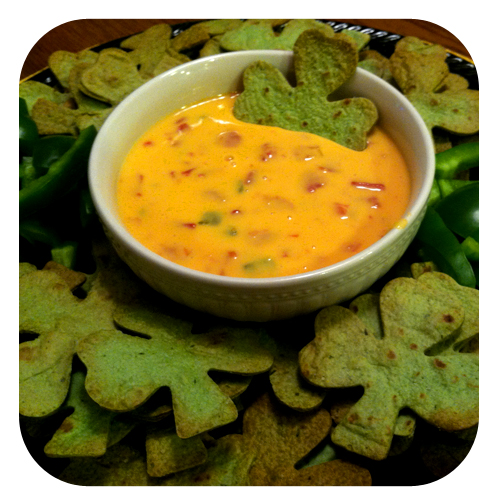 About 2 minutes after I took the above photo, the plate was empty and my family was fighting over who got to lick the bowl.

If you’re going to prepare this for a big party, I would recommend mixing in the shamrock chips with some other good dippers (I used raw green pepper with mine) so you don’t have to make a million shamrock chips and then wince every time someone crams one in his/her mouth and you just want to shout “I CUT ALL OF THOSE OUT BY HAND! SAVOR IT DAMMIT!”

Or maybe that’s just me…