In memory of 26 hearts 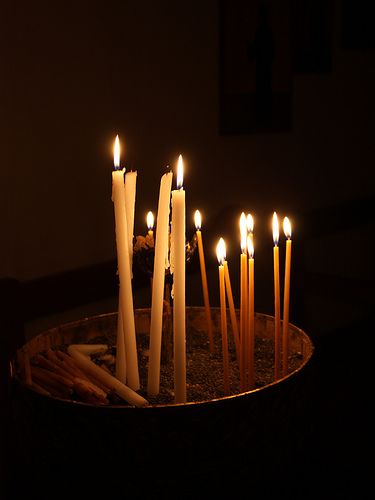 Yesterday, I sat in an arena filled with proud families to watch my brother’s college graduation.

As hundreds of students crossed the stage with smiling faces to receive their diplomas, I thought of the 20 children in Newtown, Connecticut, who would not ever get to do the same.

The depth of what we have lost is impossible to define, because this country would have afforded those 20 children any life they had chosen.

They could have cured cancer, solved world hunger or saved lives.

They could have been doctors, teachers, firefighters or the President of the United States.

But freedom, as we know, comes with a price. And the same great country that could have nourished the dreams of those 20 children also allowed a dangerous weapon to fall (legally) into the hands of someone who should not have had it.

I grew up around guns — in addition to being born into a family of hunters, I can tell you my dad is one of the million Floridians who holds a concealed weapons permit.

Guns have always been in my house, but I have never held one and I hate to even look at one because its heavy power makes me sick.

And those are just handguns and hunting rifles — I cannot fathom the power of an assault weapon, especially in the hands of a civilian.

I loathe that expression.

Had that man entered that school with only his bare hands or even a collection of knives, he would not have been able to murder almost 30 people in the ten minutes it took for the police to arrive.

Guns give people the power to make an impulse decision into a permanent consequence in a matter of seconds.

This isn’t just about Sandy Hook, it’s about the NFL player who murdered his girlfriend two weeks ago. It’s about a teenager here in Northeast Florida who was shot and killed last month because another man thought his radio was too loud. It’s about the kids who die in gang shootings and the elderly people who are gunned down for their meager possessions.

As a nation, we hold partial responsibility for each of those deaths because we have not done all that we could do to prevent them, even in the wake of previous tragedies.

There is another group of people who have lost their lives to guns, too — but we are very hesitant to talk about them and what responsibility we might bear for their deaths as well.

A couple of friends were furiously debating gun violence statistics on Facebook this weekend and in the course of the argument, one friend said the statistics of deaths in the U.S. by guns are skewed because they include suicides, which shouldn’t count.

Why shouldn’t they count?

How many of those people would have taken their own lives if they couldn’t use a gun?

I realize we will never reach the point of banning all guns, but we have to come together as a society and realize that more restrictions and a drastic reduction in the number of assault weapons in circulation is imminently necessary. We also need better gun buyback programs and an end to gun sales without background checks (including those at gun shows).

In addition to better gun control, we need to address the treatment of individuals with mental illness, as well.  We need health care plans that include mental health benefits. We need to encourage people to seek therapy without any subsequent stigmas.

The 20 children of Sandy Hook Elementary may not be able to grow up and cure cancer or solve world hunger, but they can still save lives if we take action on their behalf.

Their legacy is in our hands.

They are the sons and daughters of Life’s longing for itself.

They come through you but not from you,

And though they are with you, yet they belong not to you.

You may give them your love but not your thoughts.

For they have their own thoughts.

You may house their bodies but not their souls,

For their souls dwell in the house of tomorrow,

which you cannot visit, not even in your dreams.

For life goes not backward nor tarries with yesterday.