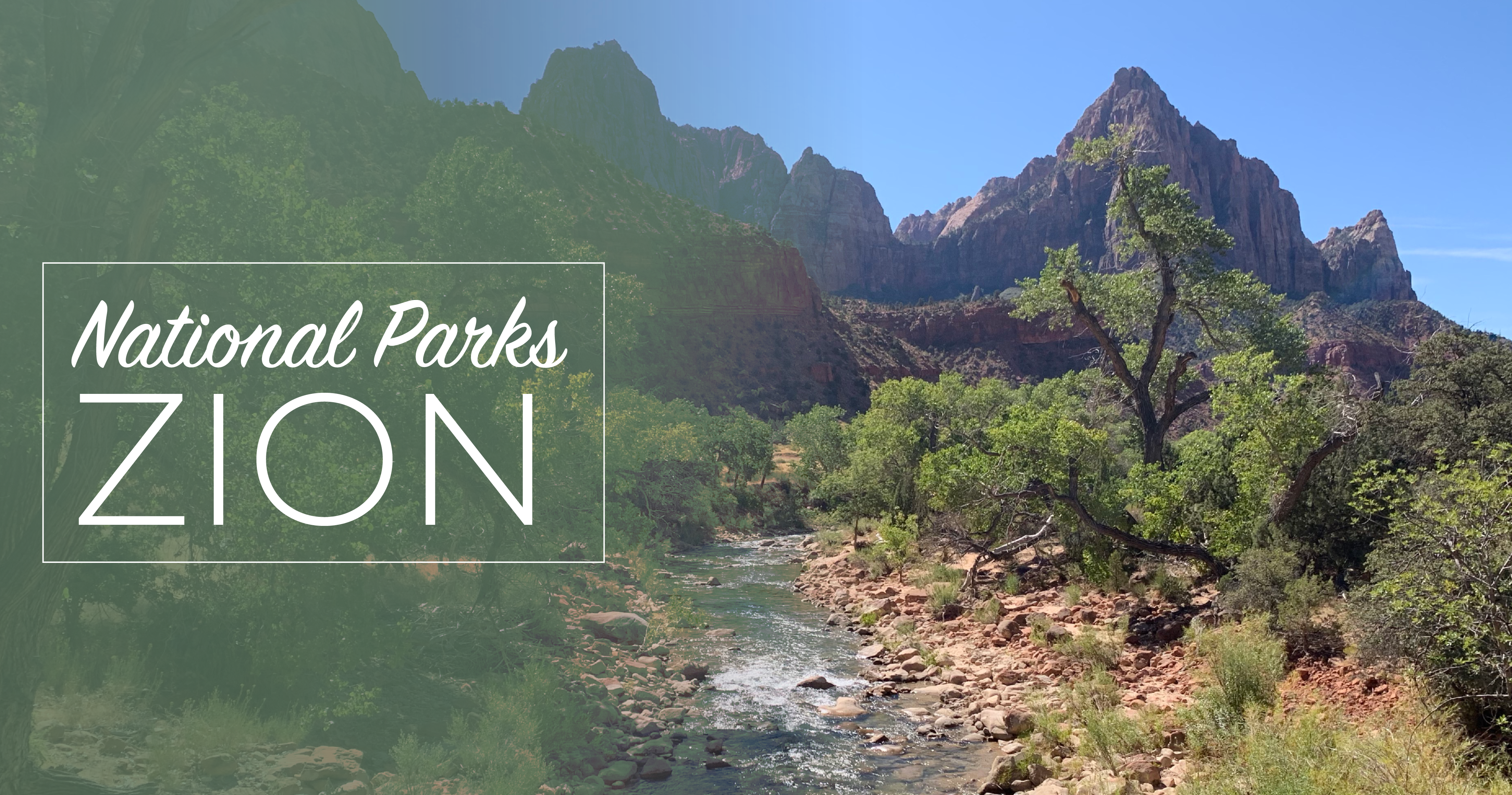 In betwixt a series of poor decisions (but great memories) I made in Las Vegas last September, I stole away for two days to embark on a solo trip to Utah and Arizona. The purpose of my excursion was to cross two more National Parks off my bucket list: Grand Canyon and Zion.

While I knew quite a bit about the Grand Canyon prior to my visit, I knew next to nothing about Zion. In fact, the only reason I chose to visit Zion and not Bryce Canyon or Capital Reef, two other National Parks in the area that I’ve never seen, was simply because it was the most convenient for my route back to Las Vegas from the Grand Canyon.

And so it was with no expectation that I set off on a Sunday morning from Kanab, Utah, for the short drive to this place in the middle of nowhere called Zion. The soft harmonies of Penny & Sparrow floated from the speakers of my little rental car as I followed the brown signs along the Zion-Mount Carmel Highway to the park’s east entrance. I dropped $35 and fell in with a line of cars tracing the curves of Pine Creek as red canyon walls rose up around us. 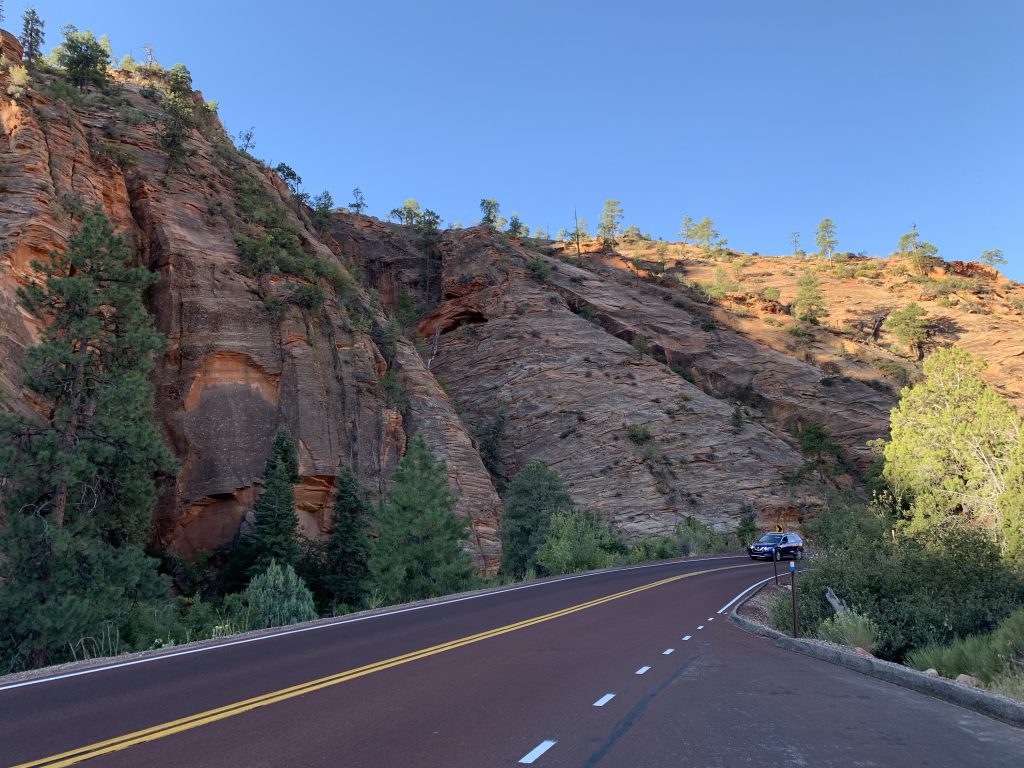 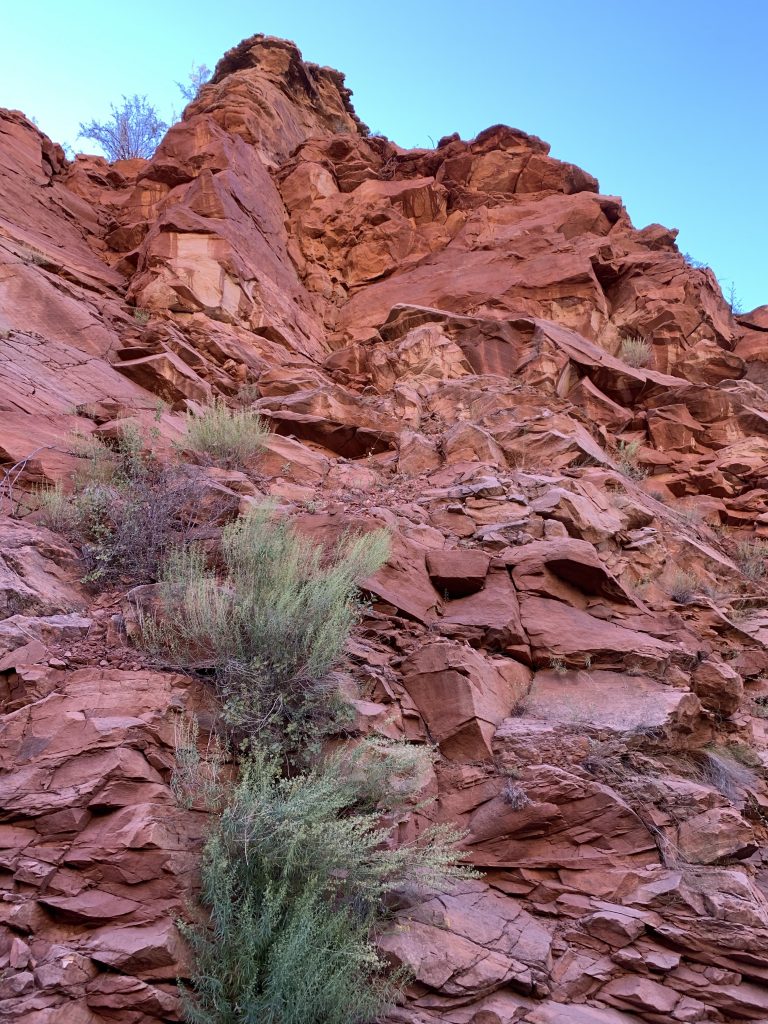 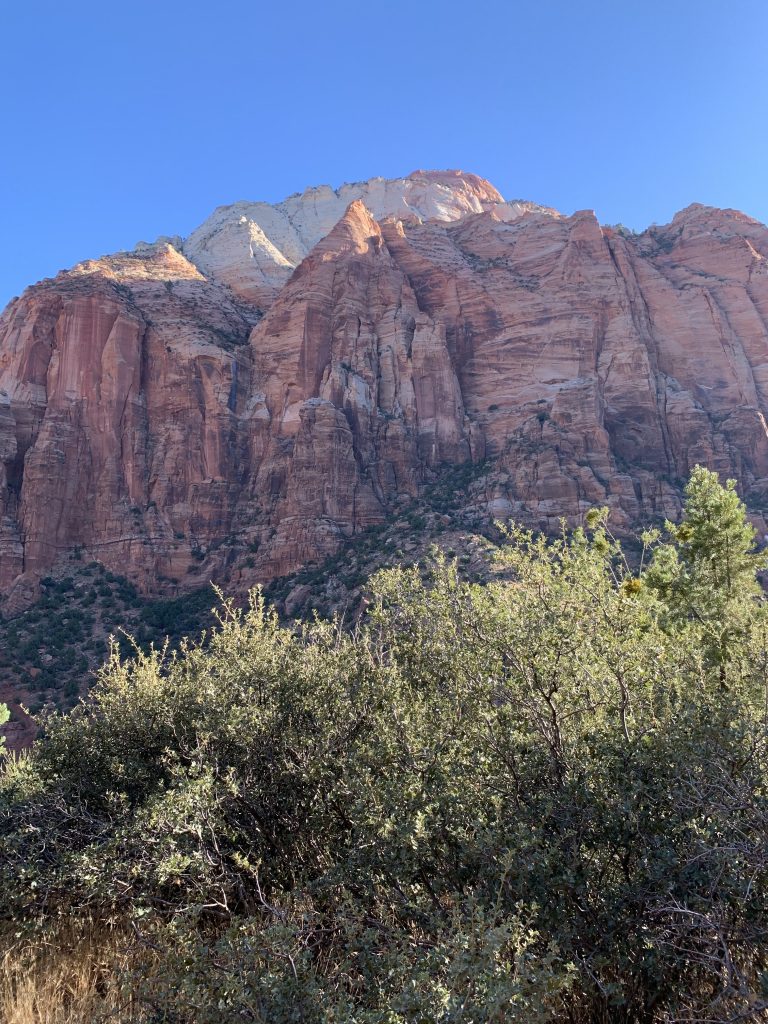 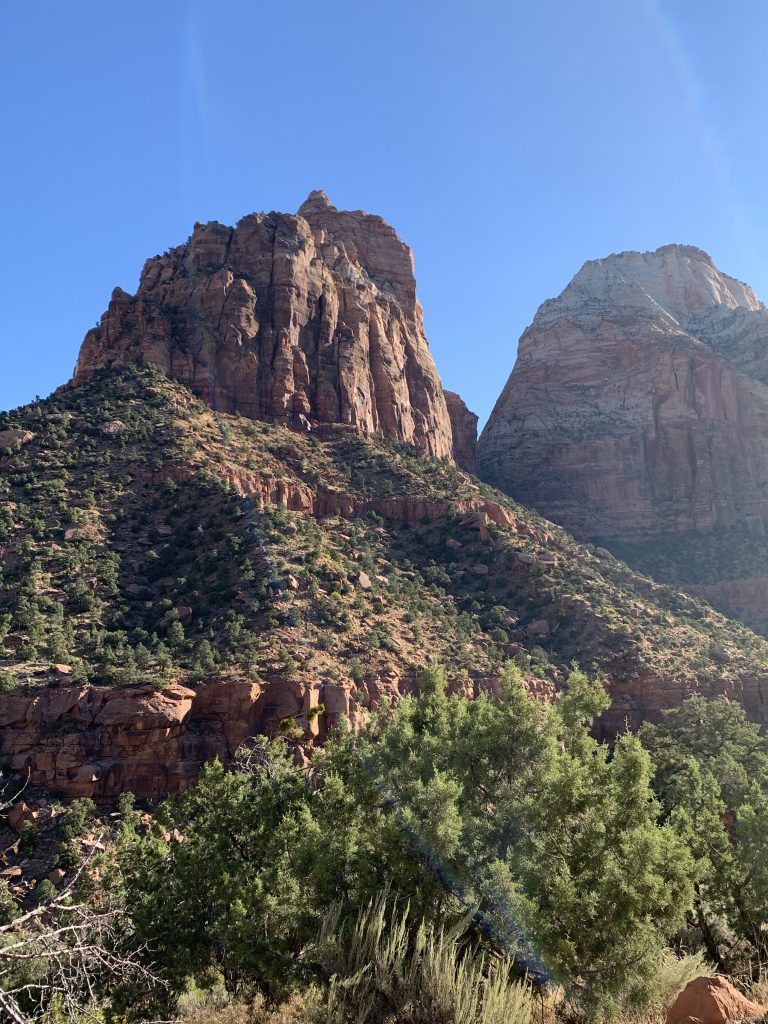 Again, because I had no idea what I was in for, I thought this stretch of road was the main attraction. I was suitably impressed, my nose was practically pressed against the windshield trying to take it all in. Then, after a couple of tunnels, my rental car was pushed out into the center of the fifteen-mile long Zion Canyon.

Y’all, I was gobsmacked. I don’t know how else to say it.

This was my 13th visit to a National Park, and while I still hold the Grand Tetons as my favorite natural vista, Zion is an extremely close second. Extremely close. Zion’s landscape is a unique geography formed by the confluence of the Colorado River Plateau, the Great Basin, and the Mojave Desert. The result is a cathedral of nature with walls of Navajo Sandstone that contain nine distinct formations representing over 150 million years of Earth’s geological history.

I was so taken by what I saw, it was everything I could do not to just pull my car onto the side of the road and take off on foot, I was so desperate to be immersed in this stunning place. Unfortunately, unlike the North Rim of the Grand Canyon which I visited the day before, Zion was PACKED with people.

Or, more accurately, I should say it was packed with cars that had nowhere to go.

I mentioned this before after my visit to Glacier National Park during peak season, but our National Parks are facing a huge increase in visitors that their infrastructure just wasn’t built to support. Worse, budget cuts and government shutdowns have crippled their resources, leaving little opportunity for them to make improvements.

In the case of Zion, this problem is exacerbated by the fact that half the park roads (from Canyon Junction all the way up to the Zion Lodge and Temple of Sinawava) are closed to individual cars, making them accessible only by park shuttles. That leaves just a few lots for cars to park and access the trails or public transportation, most of which are clustered around the South Entrance Visitors’ Center. I circled those lots for damn near an hour before I finally found a space.

Because of the overcrowding and the extra time spent finding a parking space, I had to make changes to my hiking plans on the fly. I wanted to try out the Middle and Upper Emerald Pools Trails and see the Weeping Rock, but to access those I would’ve had to take a shuttle from the Visitors’ Center and judging by the parking lot, I figured I would be stuck waiting hours just to get on one. I had to get back to Vegas by dark, so that just wasn’t an option.

(In all honesty, I wasn’t entirely disappointed, because I’d read that the trails in that part of the park were known to sometimes have tarantulas on them and I’m here to tell you, if I saw a tarantula in the wild, my heart would crawl out of my throat and run away, leaving me to die instantly on the spot.)

Instead, I decided to take the Pa’rus trail that runs right through the center of the canyon. It turned out to be the perfect day hike and after I got away from the Visitors’ Center, I mostly had the trail to myself. Criss-crossing back and forth over the Virgin River, this trail runs all the way up to Canyon Junction. It’s mostly flat (something I very much appreciated since I was still nursing blisters on both feet from playing tourist in Vegas and hiking in the Grand Canyon) but there were a few places you could step off through the brush and take a steep cut down to the riverbank. 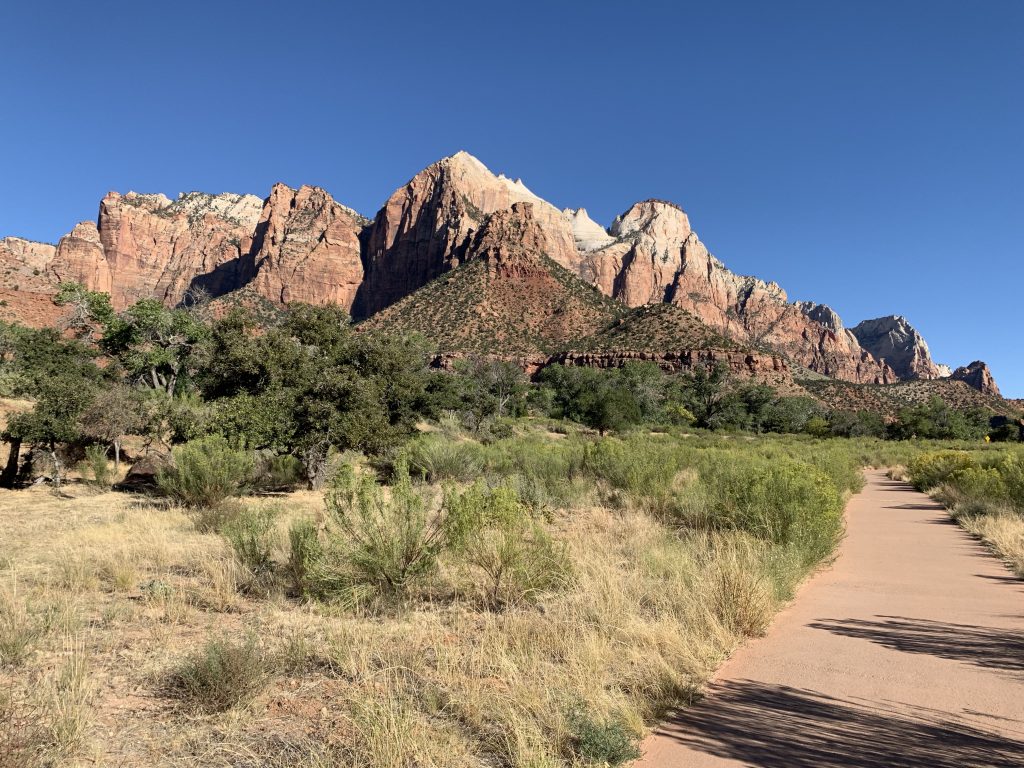 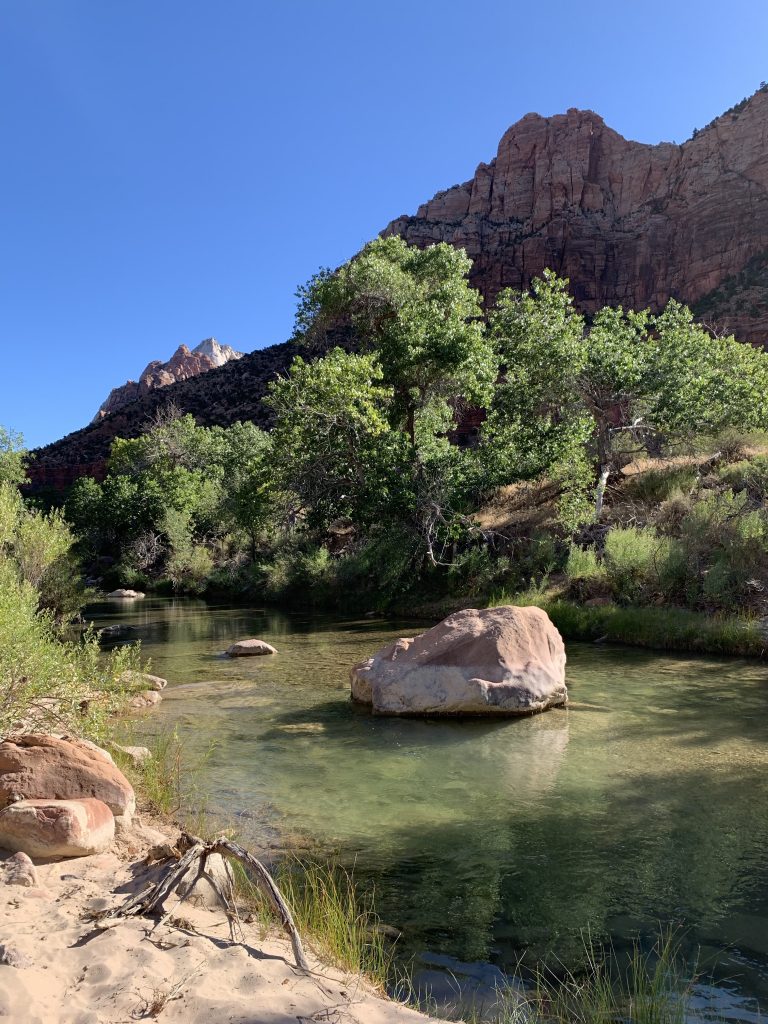 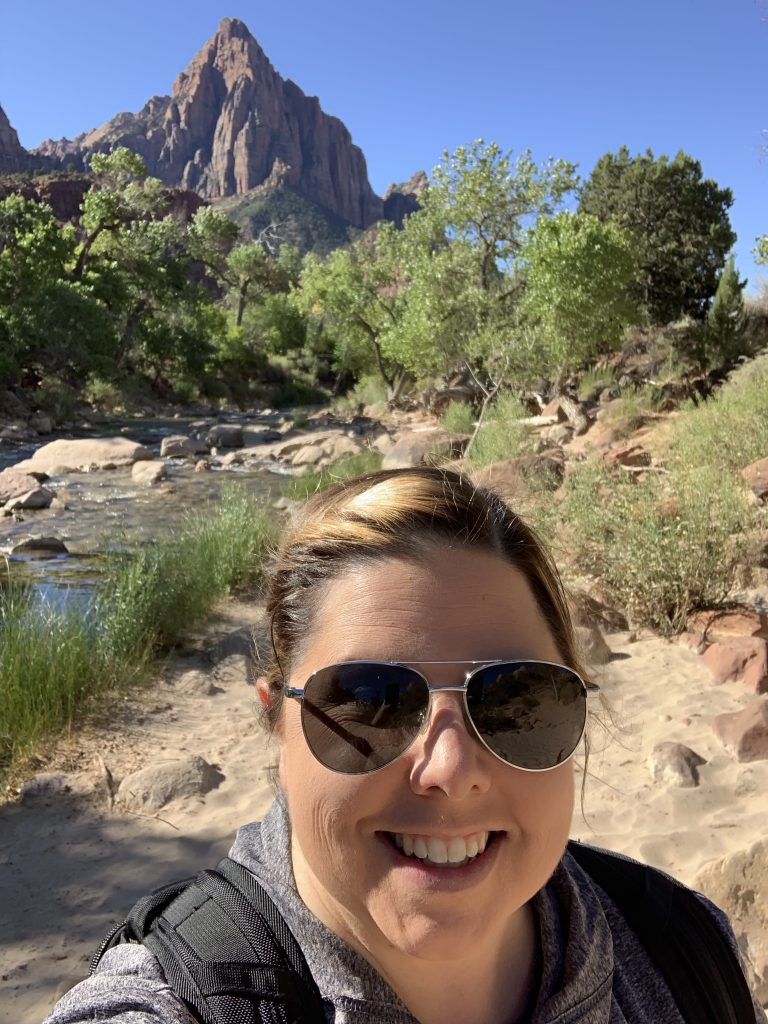 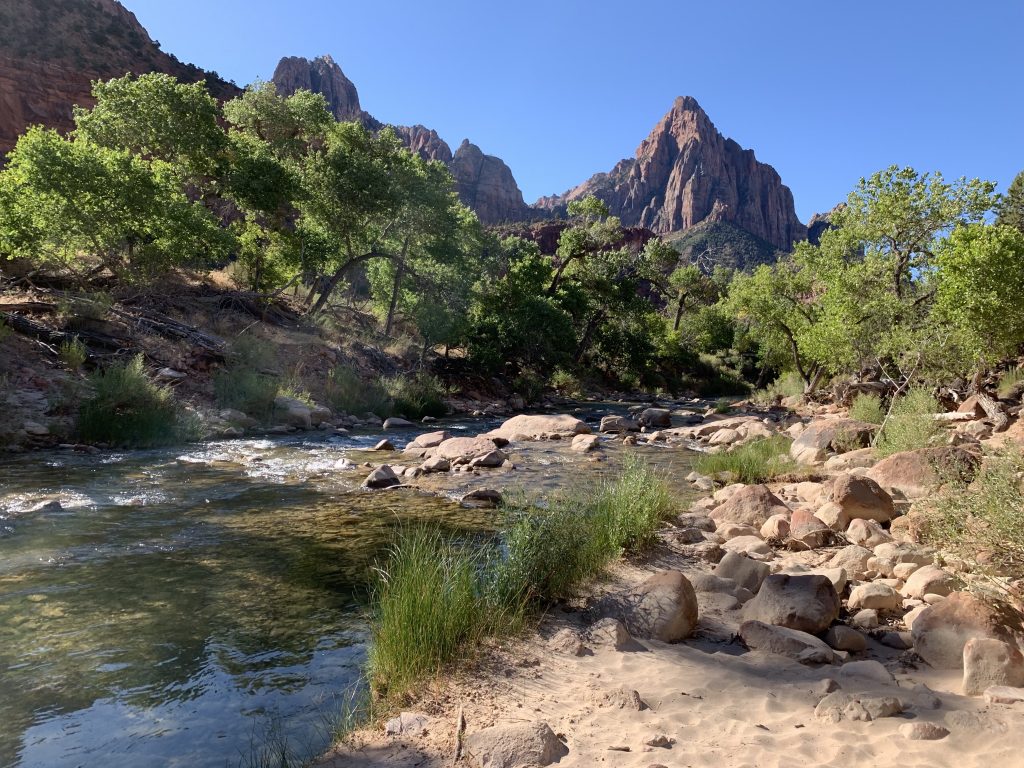 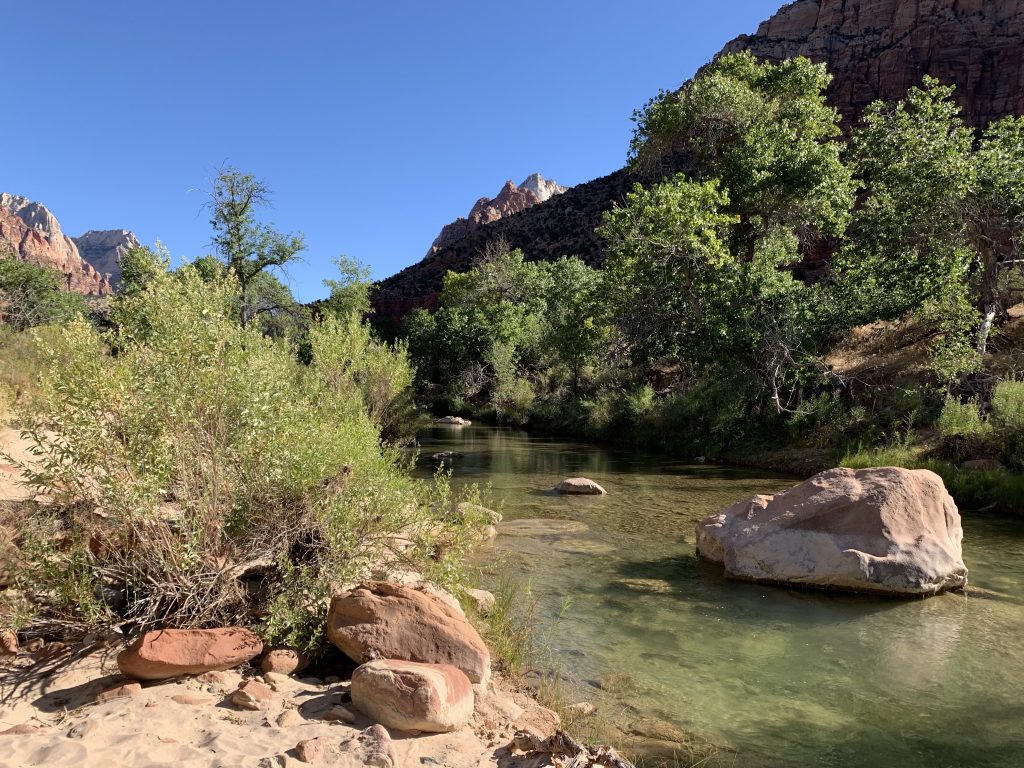 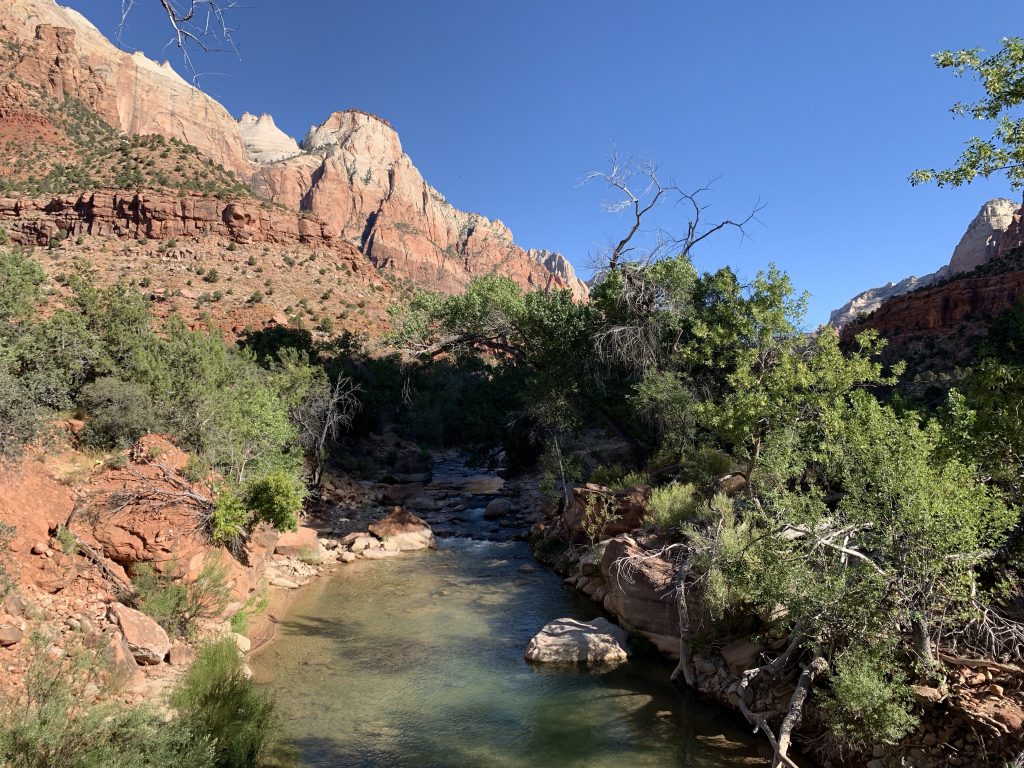 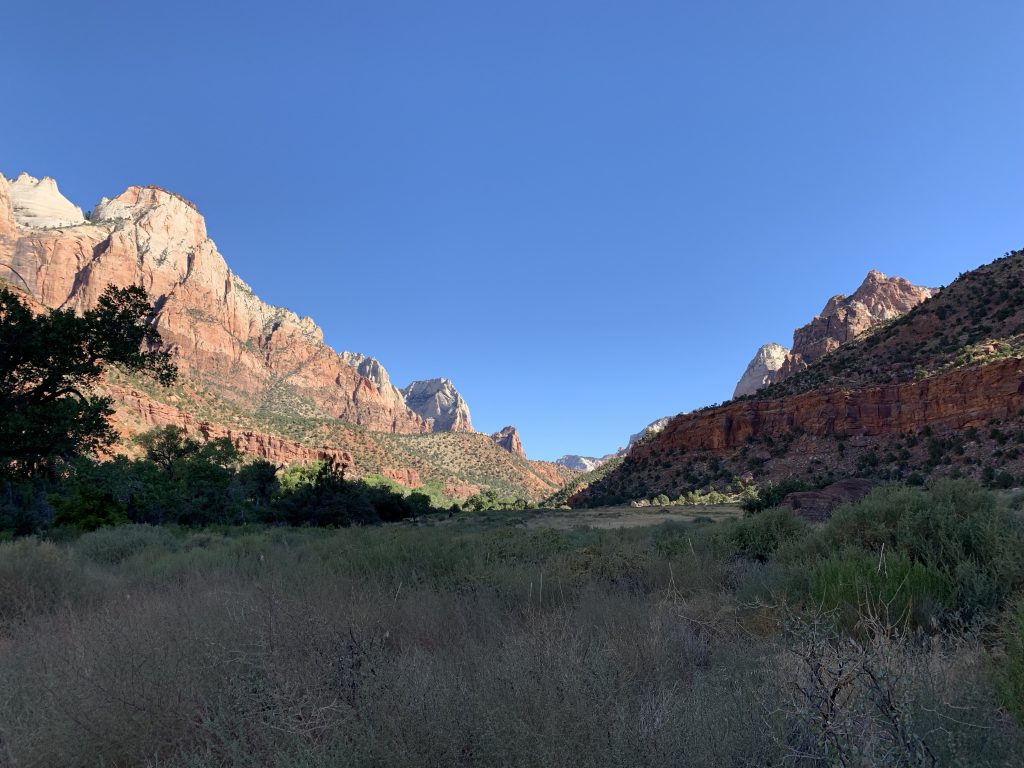 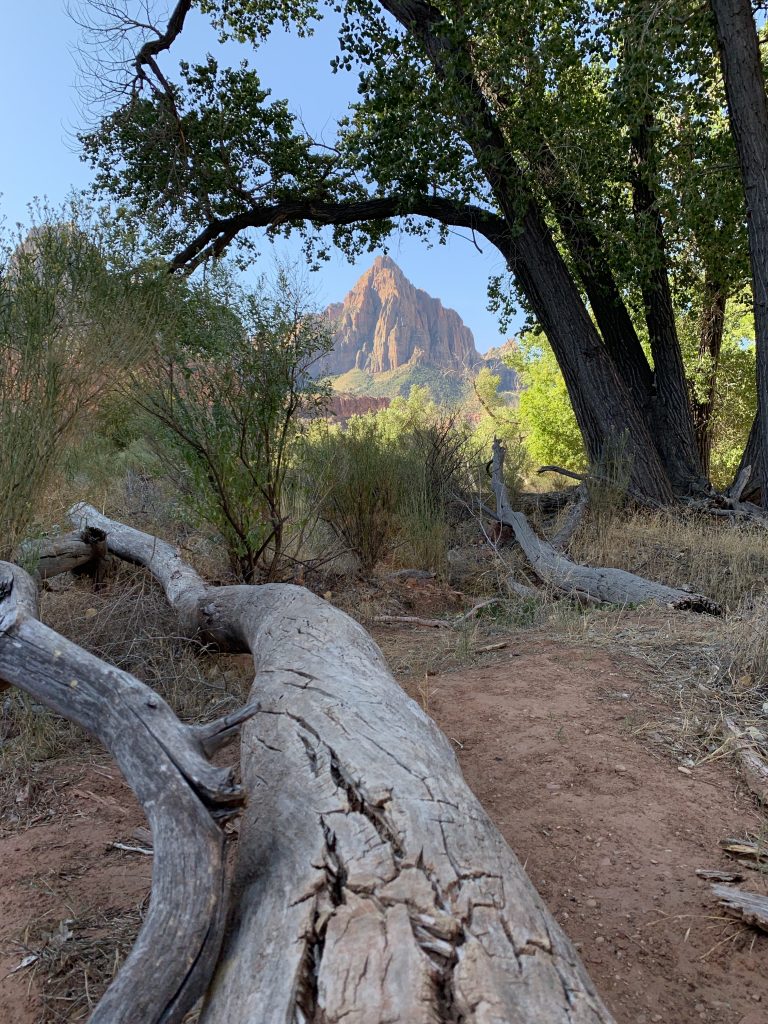 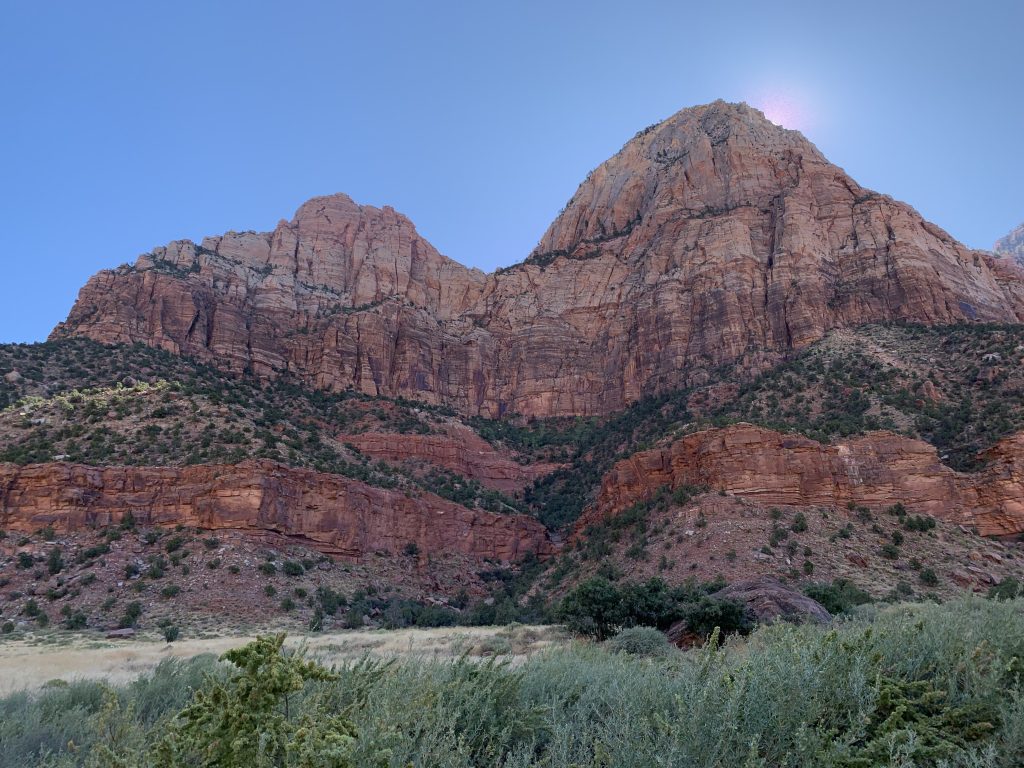 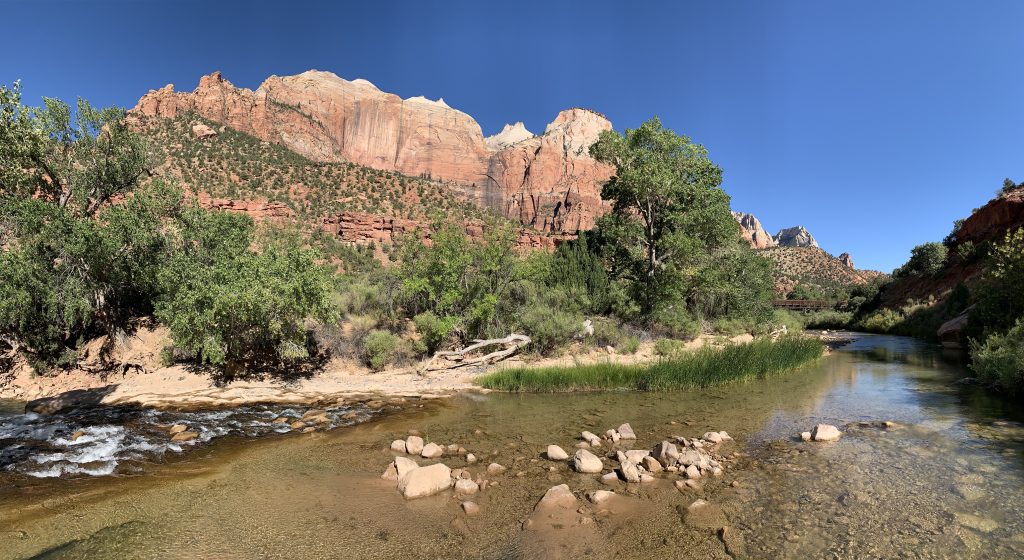 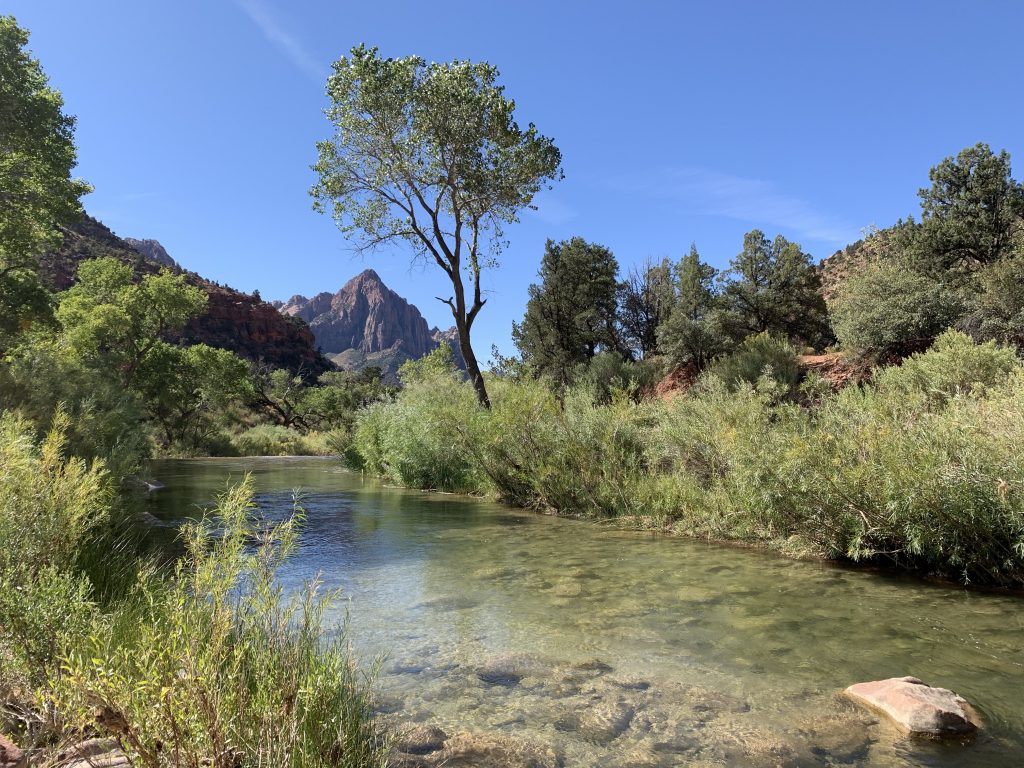 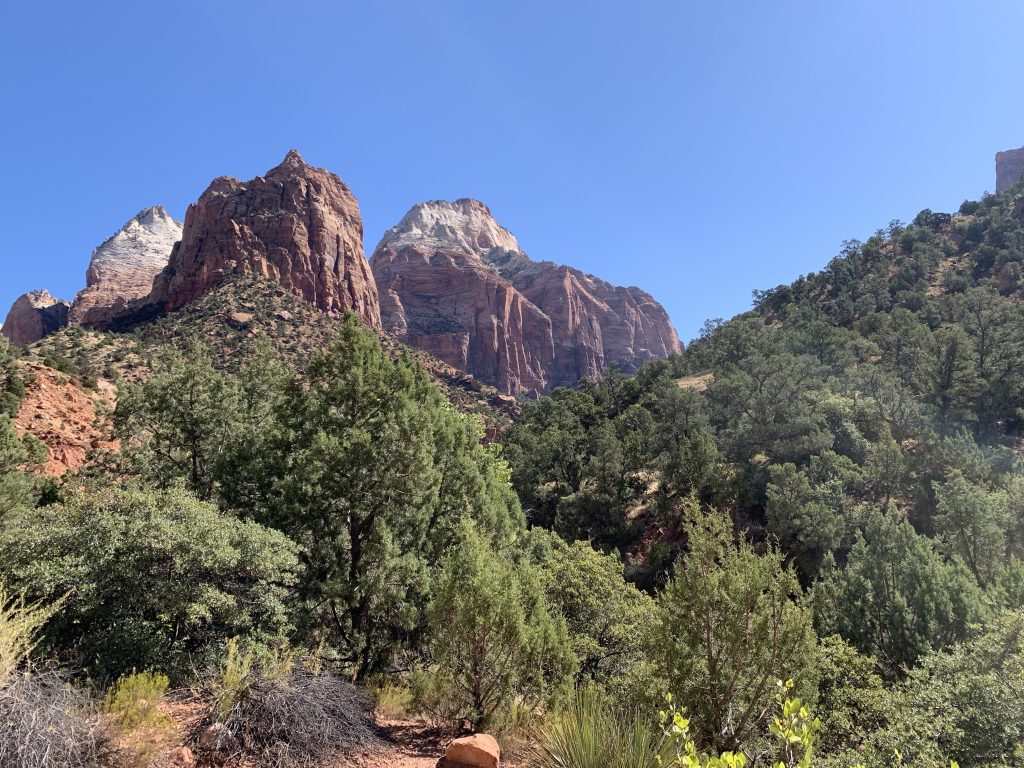 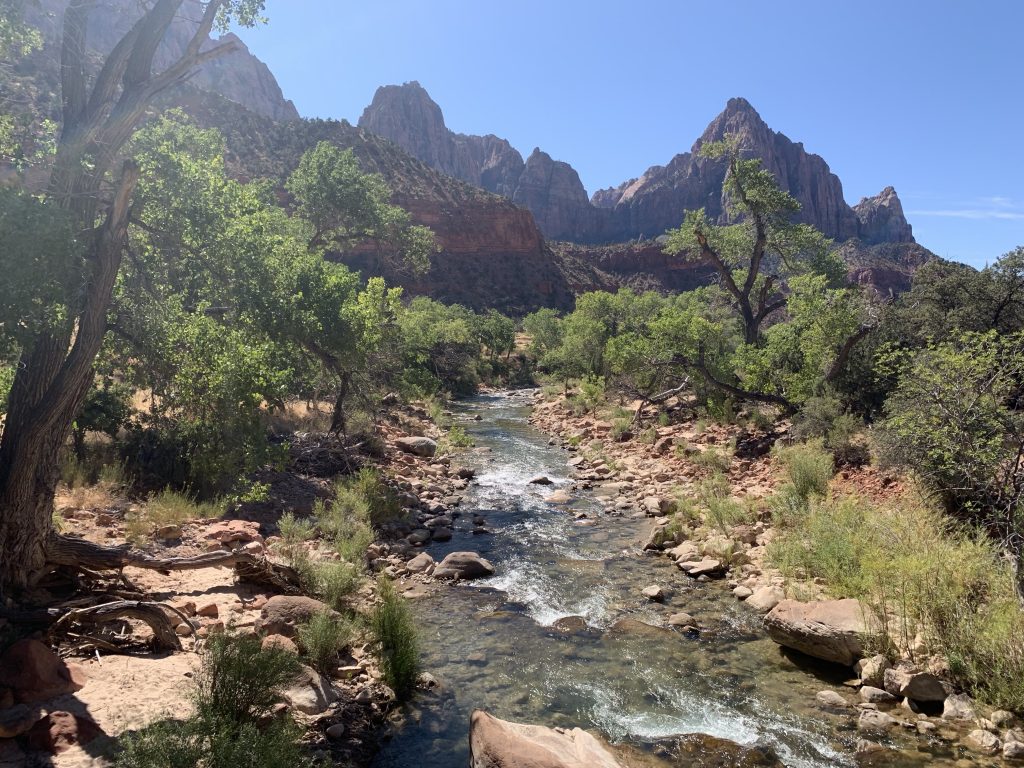 I wish I had the words to truly tell you what it was like to walk through this place of paradise, but I don’t think I have a lexicon suited for the task. It’s not just about the surface-level beauty of this place — yes, it is an aesthetic oasis for the eyes — but more than that, those canyon walls hold a universal spirituality that forms the essential core of our physical world and our individual selves.

I realize that sounds like some super meditative, yoga teacher bullshit, but I honestly don’t know any other way to describe it. My insides feel too big for my body sometimes; like I’ve been oversaturated by the outside world and my emotions have become swollen and burdensome. But in a place like Zion, nature just takes all of that inflammation, that gluttony of feels, and absorbs it right back into the ground from which it came. It makes me feel lighter, centered, humbled, and small.

Essentially, it has the polar opposite effect on me that Las Vegas does. Which, unfortunately, was where I had to go after my visit to Zion so that I could help execute an event for my job.

I am desperate to get back to Zion, especially since I was only able to experience about half of the park on my short visit. Some lessons learned though — I will aim for a less populated time to return, and I plan to stay in Springdale, which is a cool little village near the South Entrance that offers public transportation directly into the park (no fighting for parking spaces!).

If you’re ever in the area, I cannot recommend Zion enough. It’s only about three hours from Vegas, it’s easily accessible, and it’s the closest to Heaven you’ll probably get on this side of St. Peter’s gate. 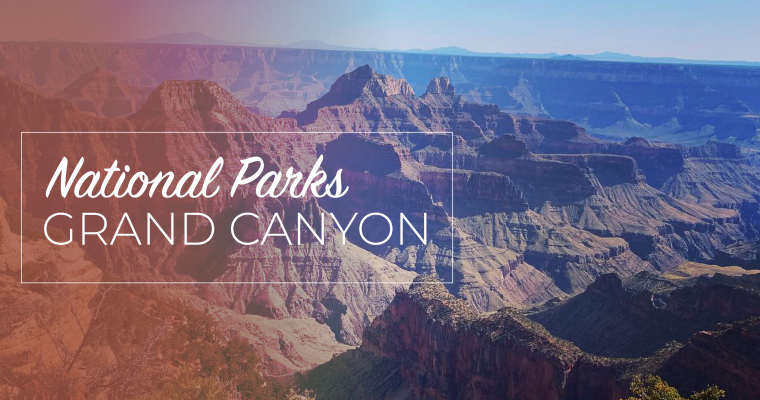 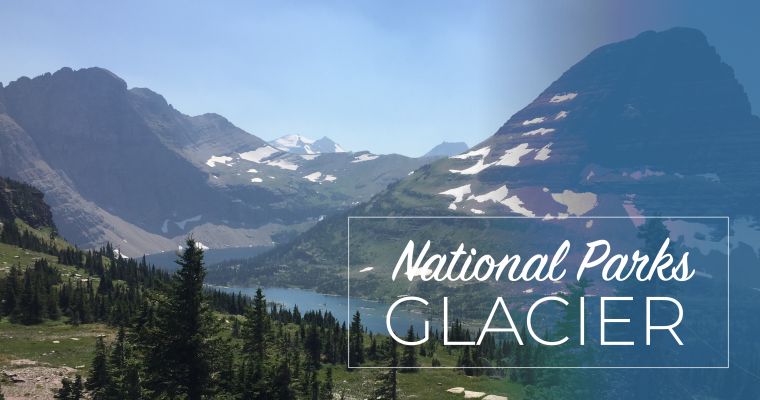 1 thought on “Zion National Park: A Geological and Spiritual Paradise”