In February, I shared that I was about to embark on a rewrite on my next novel, Killer Shine, and promised new updates in March.

*Looks at the calendar*

Well, the good news is — significant progress has been made on the rewrite.

I’m about 30k into it and I’m absolutely in love with the direction this time around. The core of the story is the same, but the characters have been fine-tuned, their motives have been re-evaluated, and the story has become stronger as a result.

I really can’t wait to share it with you.

But for now, I’m just going to give you the grocery-store-sample-day-size-cup version of the Prologue so you can get a taste of what’s to come with Killer Shine.

Enjoy this first portion of the longest prologue ever written (that’s how I roll) and I really, really for REAL this time promise to share more before the end of THIS month (April).

[Style note: Technically, this excerpt should be italicized, but I find that really difficult to read in long paragraph form so if you’ll allow me, I’m going to break the unofficial formatting rules of the interwebs justthisonetimeIpromise]

It was as if Mother Nature, in a brief (and uncharacteristic) moment of kindness, decided to slow her pace so the residents of Crab Island could have more time to prepare for her brewing storm.

Not that any of them noticed (or cared).

As the sun reared its head over the Atlantic horizon, the sleepy island rested in dormant peace, unhurried by the hurricane whirling toward it.

Just off the island, at the base of the old wooden bridge that tethered it to Florida’s peninsula, the blush of dawn reflected in the silver hull of a ’72 Airstream Land Yacht. Inside its rounded confines, the exquisitely crafted body of Tucker Kowaliga (a form worthy of its own romance novel cover) rested peacefully on the trailer’s pull-out sofa. Even as daylight slipped between the trailer’s blinds, splashing across Tucker’s dark curls and tugging at the corners of his eyes, he remained in a state of deep slumber.

Until his phone rang.

Ripped from the throes of a perfect dream (it involved deep sea fishing and bikini clad models), Tucker surfaced in the reality of his tiny trailer, tangled in sweaty sheets. His arm stretched across the Airstream’s center aisle to snatch the buzzing device off the countertop.

“What?” He barked into the receiver.

“Morning, Captain,” Tucker replied, softening his tone. “I take it the evacuation order was issued?”

“Alright then.” Tucker sat up in bed.

“I will, sir, but you know it won’t mean anything.”

“Do they know the definition of ‘mandatory’ over there?”

“I believe so. They also know a lot about the word ‘stubborn.’”

“They got computers, I guess it’s accurate.”

“One more thing,” Captain Howey cleared his throat. “Do you know a girl, late twenties, last name something like Bryant or Bryan maybe?”

“Well, I got a lawman from Chicago up my tail about her. She’s involved in some domestic dispute, stole her husband’s car. Just be on the lookout for her, okay?”

“You put your badge to work and order the youngest patrolman in the office to do it for you.”

The line went dead and Tucker tossed the phone back on the counter.

He climbed out of bed, carefully unfolding his six-foot-four frame in the tiny trailer so as to avoid giving himself a serious concussion (a frequent occurrence, even after ten years of living in the Airstream). Following a quick morning stretch – as much as the small space would allow – he grabbed his khaki uniform pants off a hook on the bathroom door and slipped them on over his navy cotton boxers.

Tucker stumbled two steps forward from the rear of the trailer to the kitchen area. He leaned over the sink and reached for his toothbrush, catching his rough reflection in the small, wall-mounted oven. He needed a shave, a haircut, and a new lifestyle – not necessarily in that order. The captain would not be pleased with his shaggy appearance, but then Tucker had never been the highway patrol’s ideal trooper. His chief appeal, aside from his dedication to upholding the law, was his willingness to take on one of the state’s least favorite districts.

Fortunately, as a native of the area, he was especially equipped to keep the peace where necessary.

Once his teeth were brushed, a shirtless Tucker swung open the Airstream door and squinted into the morning sun. He stumbled outside into the sand and weeds between his trailer and the only gas station within fifty miles. Nothing about the property had changed since Tucker moved in a decade ago, back when he was just renting the trailer from his Uncle Kato.

Except now Uncle Kato was gone and Tucker owned it all – the Kwik Stop gas station, the Airstream, and six acres of pristine, waterfront property on Oyster Bay.

That early Sunday morning, Tucker let the oppressive August heat settle against his skin as he stepped beyond the trailer, closed his eyes, and launched into his morning yoga routine. With patience and precision, Tucker stretched his muscles through each pose in the set: downward dog, upward dog, a thirty second plank, warrior one, warrior two, and finally a sun salutation.

Upon completing his exercises, Tucker moved to the edge of the marsh overlooking the island beyond and sat, cross-legged, to begin his fifteen minutes of daily meditation.

Not thirty seconds in, however, he heard the thunk-thunk-thunk of wagon wheels rolling over the old wooden bridge.

“Hey Boss!” Happy called from a distance. Tucker attempted to finish clearing his mind, but was soon interrupted by the brush of Happy’s breath on his cheek.

“Whatcha got there, Hap?” Tucker stood and peered over Happy’s shoulder at the loaded wagon.

“These here are my storm supplies,” Happy said proudly. “I got me some mac-n-cheese, canned yams, and a boatload of Kool-Aid!”

Tucker bobbed his head, smiling. “I suppose you’ll be alright then.”

“Maybe a few trees down,” Tucker said, eyeing the island in the distance. “Might lose power for a day or two, but nothing catastrophic I expect.”

Happy seemed relieved. “Well, I’ll get to work then, Boss.” Happy turned and started to tug his wagon back across the sandy lot to the Kwik Stop.

“Shut the store down at noon, Happy!” Tucker called to his lone employee. “We’re closing the bridge at five, let everyone know who comes by, okay?”

“You got it, Boss!” Happy shouted over his shoulder, punctuating his declaration with a salute. Tucker watched him – a twelve year-old boy trapped in a thirty-seven year old man’s body – as he rustled through a heavy ring of keys outside the Kwik Stop’s back door.

Tucker dusted the sand off his khakis and returned to the Airstream for the rest of his uniform. 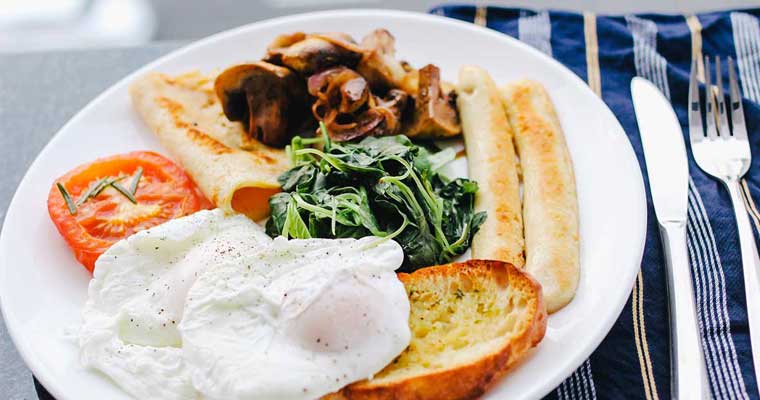 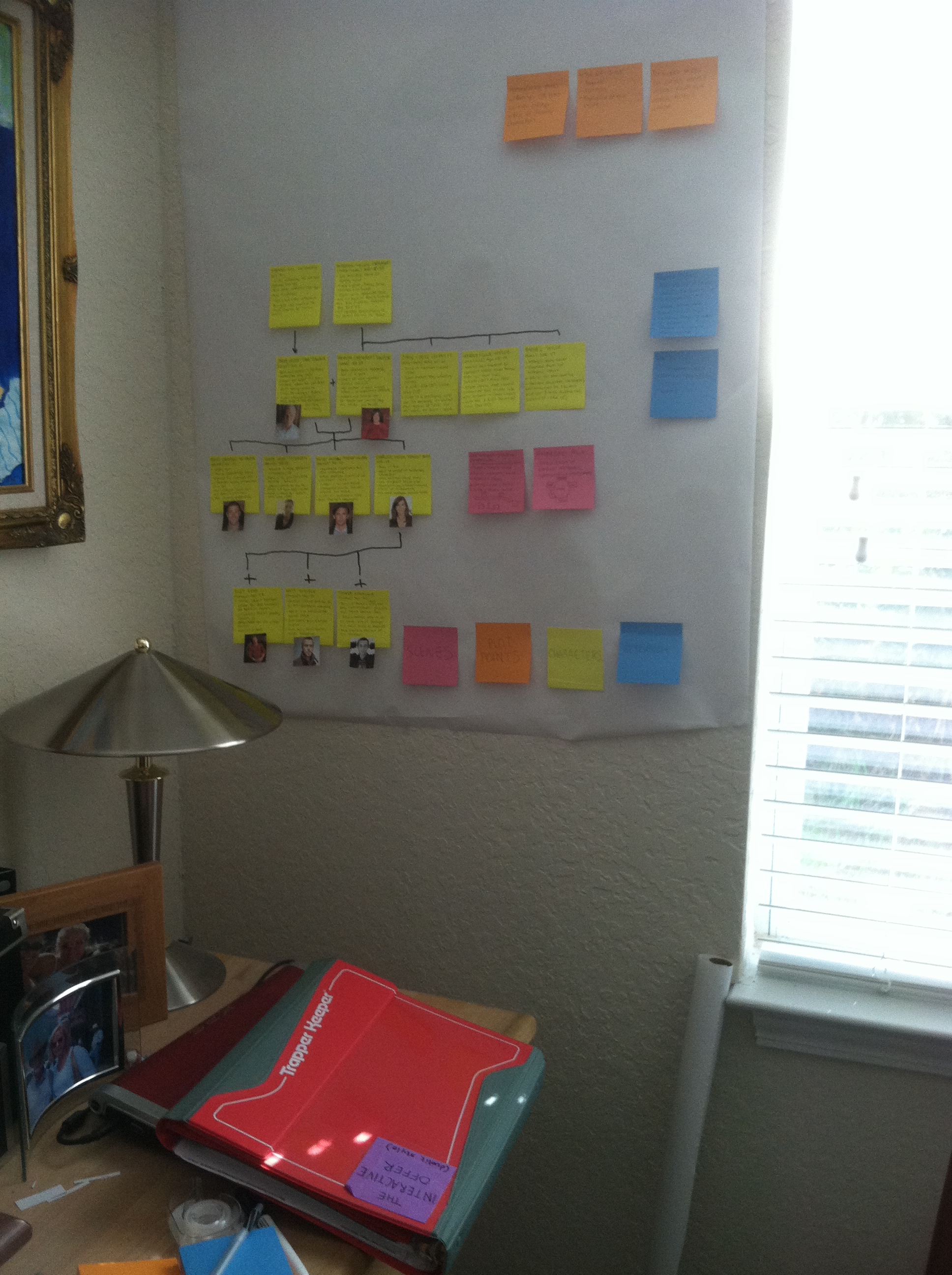 …no, but for serious this time. I’ve started and stopped my sophomore effort on several occasions, this is true. It’s just that in the three years since completing my first book, I’ve struggled to find the right combination of characters, plot and setting. I’ve discovered […]

3 thoughts on “Take a shine to it”